MCALPINE DID NOT SUE SCALLYWAG WHY?

Lord McAlpine claims he did not sue Scallywag because they went bankrupt.

He told the Telegraph  "In the 1990s Scallywag, a gossip magazine printed in London, published the claims, but went bankrupt after being sued by Sir John Major, who was the Conservative prime minister at the time. “They [the allegations] were dealt with — Scallywag went bankrupt, they stopped,” Lord McAlpine said" http://www.telegraph.co.uk/culture/tvandradio/bbc/9681779/Lord-McAlpine-Head-of-BBC-Trust-should-resign.html

So a serving Prime Minister sued Scallywag but Lord McAlpine did not  why?

Scallywag's articles were republished everywhere on the Internet still McAlpine did not sue?

David Icke republished the allegations  1999  in the Biggest Secret, pages 301, 383 and 392, making references to his involvement in the North Wales Home, Still Lord Alpine did not sue? 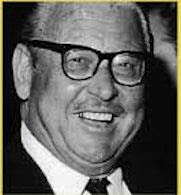 
Scallywag was  founded by Angus  James Wilson and SImon Regan  and was published between 1991 and 1995   http://en.wikipedia.org/wiki/Scallywag_%28magazine%29

Following the Bankruptcy of Scallywag  its  founders formed a successor called Spiked Magazine  and  this magazine continued the story about Paedophiles in the Conservative Government.

What happened to  the Journalists and Researchers who worked  with Scallywag  and its successor Spiked.!
The Co-founders  of Scallywag Simon Regan  and his half brother Angus James Wilson  are both deceased. Angus died in strange circumstances in Cyprus in 1996     and Simon Regan died  in 2000 disappointed he could  not have done more to expose the paedophile ring.    SCALLYWAG MAGAZINE HOW THE TORY'S COVERED  UP THE ... http://google-law.blogspot.com/2012/10/scallywag-magazine-how-torys-cover-up.html?spref=tw

Journalist Peter Sawyer went on to write the Book  'GOTCHA'  with  the Knight brothers  and a  former member of the Flying squad.  He  became a producer on a number of documentaries and wrote freelance for both the tabloids and the broadsheets.   read more http://newsconfidential.com/FS/FS_Story.php?RequestID=32913

Andrea Davison went on to expose arms to Iraq and was an intelligence adviser to the Trade and Industry Select Committee on Arms to Iraq and gave evidence in secret to Lord Justice Scott's Inquiry into Arms to Iraq.  Illness caused by her work in Iraq meant she had to retire  from front line work and so she  carried on working in the background until she was set-up by Cameron's  Conservative Government and wrongly convicted in July 2012.   Andrea is now a refugee  in South America and is believed to be writing a book with a  famous American Author.  Andrea Davison, Jimmy Savile, SERCO and How it all... http://google-law.blogspot.com/2012/10/andrea-davison-jimmy-savile-serco-and.html?spref=tw

Your lawyer was on the radio yesterday, threatening that all those on Twitter who so much as mentioned your name in connection with paedophilia would be sued for libel. So I thought I'd do a little digging ... and I have to say, within a matter of hours, I'd found what I was looking for. So I wonder how much more a dedicated team of lawyers would find? And now I've found this damning piece of evidence, I understand why your lawyer is recommending that you settle out of court for an apology and an agreed sum of money, rather than have the spotlight shone on your life and your past.

Well, sir, you've already managed to extort £185,000 out of the BBC in that way .... but there's no way you'll be getting any more from tweeters, or anyone else. In fact, by the time you've finished reading this post, if you have any sense, you'll be packing your bags and disappearing off the scene again fast.

So here's the case for the defence:  Read More
http://www.ishtarsgate.com/forum/showthread.php?3641-An-Open-Letter-to-Lord-Alistair-McAlpine