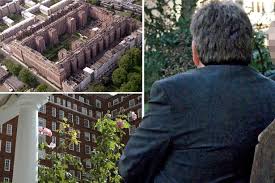 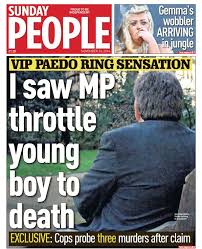 End of Parliament Review March  2015 And Petition the Queen preventing those under investigation from taking their Parliamentary seats?
There were final child care protection questions  this past  week and important statement on Undercover Police but perhaps the most significant event was the attempt to depose the Speaker of the House of Commons by Conservative government Ministers. There was no time to discuss the Metropolitan Police self referring to the Independent Police Complaints Commission a total of 17 matters with six  others under consideration with allegations covering Ministers, politicians, Judges, Police and other establishment individuals. With Parliament ending I also suggest consideration could be given to a petition to the Queen to prevent anyone under police investigations from takinmg their seat in the House of Commons or House of Lords and this also  includes under ovestiagtion for participating in any past cover up. Aspect of new terms of reference of statutory inquiry also coinsidered
Home Secretary Organised Crime and Child Protection issues Monday March 23rd2015-03-28

7. Sir Tony Baldry (Banbury) (Con): What steps her Department is taking to tackle organised crime. [908234]
The Parliamentary Under-Secretary of State for the Home Department (Karen Bradley): The Government are committed to tackling the threat of serious and organised crime. In 2013 we launched a comprehensive new strategy and a powerful new crime-fighting organisation—the National Crime Agency—which are already making a difference. We continue to strengthen our response through the Serious Crime Act 2015, the Modern Slavery Bill and strategy, and the anti-corruption plan. We have also forged new collaborative relationships with the private sector to tackle money laundering and to combat online child sexual exploitation.
Sir Tony Baldry: The National Crime Agency has clearly had a good start, with 300 convictions in just the first six months. Will my hon. Friend confirm that the Serious Crime Act 2015 will ensure that the National Crime Agency continues to have the resources and powers to address serious and organised crime?
Karen Bradley: I thank my right hon. Friend for his question. He is right that the National Crime Agency has made a good start. We have looked carefully at where powers are needed to increase the weapons that it has in its arsenal, and the Serious Crime Act really assists the National Crime Agency and other police forces in making sure that they can tackle particularly criminal finances to stop the Mr Bigs keeping hold of their money.
Seema Malhotra (Feltham and Heston) (Lab/Co-op): One of the most serious forms of organised crime is child sexual exploitation. The National Crime Agency was given information over a year ago about 20,000 people who had downloaded abusive images of children. Twelve months later, only 2% have been fully investigated or charged. What has happened to the other 98%? With that kind of backlog of CSE cases, does the Home Secretary really think that this is the right time to cut thousands more police?
Karen Bradley: The hon. Lady disappoints me. We have had this conversation on several occasions. The fact of the matter is that the National Crime Agency, through Operation Notarise and others, has protected more children from abuse than any other agency, and it is ensuring that children at risk of abuse are looked after and protected in a way that has never happened before.
Damian Green (Ashford) (Con): Does my hon. Friend agree that one of the signal successes of the NCA is that it has made more than 600 arrests in dealing with online child sexual exploitation through the operation that she has just mentioned? Will she assure the House that this will continue to be a high priority, not just for the NCA but for each individual local force?
Karen Bradley: My right hon. Friend, who has considerable experience in this area, will know full well that the National Crime Agency and local police take this issue incredibly seriously. Bringing the Child Exploitation and Online Protection Centre into the National Crime Agency, as a command within it, has increased both capability and capacity to consider such crime and to make sure that we find those criminals who want to hurt our children and prevent them from doing so.
Topical Questions
Maria Miller: I recently visited Hampshire’s cyber-crime unit and spoke to officers detecting online crime, particularly child abuse. I am sure the Home Secretary will want to join me in commending those officers for their dedication. Does she agree that we need to do everything we can to help police in this work and, in particular, to ensure that social media and other websites verify the identity of UK residents using their sites?
Mrs May: First, may I take up the point that my right hon. Friend made about the work of police officers in police forces, the Child Exploitation and Online Protection Centre and the National Crime Agency more widely in dealing with child abuse cases? These are not easy issues, and they do a very valuable job. Over the period of this Government, we have invested £86 million in dealing with cybercrime, and the creation of the national cyber crime unit at the NCA is, I believe, an important element in dealing with cybercrime. We expect social media companies to make it easy for users to choose not to receive anonymous posts, to have simple mechanisms for reporting abuse and to take action promptly when abuse is reported.
Annonimity of those  arrested.
Meg Munn (Sheffield, Heeley) (Lab/Co-op): I am concerned about a recommendation in a recent Home Affairs Committee report that those arrested on sexual offences charges should be given anonymity. Does the Home Secretary agree that in these circumstances, these prosecutions are extraordinarily difficult, and that the decision should be made carefully by the police? Will she ask the independent panel inquiry also to look at this issue?
Mrs May: The hon. Lady raises an important issue. As she will be aware, there was a significant debate about this very thing early on in this Parliament. The Government have not yet responded to the Home Affairs Committee report—for understandable reasons, given that it has only just come out—but I was asked about the matter when I was in front of the Home Affairs Committee last week. This issue has to be dealt with on a case-by-case basis. I think that an assumption of anonymity on arrest is right in general, but there will be cases when it is right for the police to ensure that the name is put out so that other people can come forward to report crimes by the same perpetrator.

5. Sheryll Murray (South East Cornwall) (Con): What steps he has taken to promote pro bono work among members of the legal profession.
The Solicitor-General (Mr Robert Buckland): The Attorney-General and I are the pro bono champions for the Government, and we are helped in this work by two pro bono co-ordinating committees, which bring together the leading organisations dedicated to the delivery of pro bono legal representation, both here and abroad. We took part in a wide range of events during national pro bono week last November, and we will take part in further events this year.
Sheryll Murray: What assistance can my hon. and learned Friend offer constituents of mine on limited incomes to get legal advice that they need?
The Solicitor-General: I thank my hon. Friend for that question. The national pro bono website,
www. nationalprobonocentre.org.uk,
gives information on a wide range of organisations that offer pro bono legal assistance. Of course, the local citizens advice bureau is a very good gateway through which her constituents can obtain more specialist legal services.

7. Mark Pawsey (Rugby) (Con): What recent steps the Crown Prosecution Service has taken to ensure that prosecutors are able to prosecute cases of domestic abuse more effectively. [908290]
The Solicitor-General (Mr Robert Buckland): The Director of Public Prosecutions has announced new guidance on the handling of cases of domestic abuse, and it was published on 30 December. That guidance deals with the handling of all aspects of domestic abuse and offending, including the many ways in which abusers can control, coerce and psychologically abuse their victims. The CPS has contributed to the development of the new domestic abuse offence of coercive controlling behaviour, which was introduced in the Serious Crime Act 2015.
Mark Pawsey: With organisations in my constituency such as Warwickshire Domestic Violence Support Services and RoSA—Rape or Sexual Abuse Support—in Rugby doing great work supporting victims, the number of referrals across the country of domestic violence allegations is at its highest ever recorded. What action is being taken to make sure that more of these cases that are coming to light are being prosecuted?
The Solicitor-General: I am grateful to my hon. Friend for his question, and I pay tribute to those organisations in his constituency, which do so much to protect women and families from the scourge of domestic abuse. Last year, the CPS charged in 72,905 domestic violence cases referred to it by the police, which is the highest volume and proportion ever recorded—it is a 21% rise from the previous year. It is anticipated that the CPS will be dealing with up to 20,000 more domestic violence cases than two years ago.

8. Neil Carmichael (Stroud) (Con): What steps he has taken to increase the accountability to Parliament and the public of senior civil servants.
The Minister for the Cabinet Office and Paymaster General (Mr Francis Maude):The Prime Minister can now exercise choice in making permanent secretary appointments. We have introduced fixed tenure for permanent secretaries. We publish their performance objectives, as well as improved management information, to allow them to be held to account. We have revised the Osmotherly rules to ensure that senior responsible owners are directly accountable to Parliament for project implementation and to allow former accounting officers to be called to Select Committees.
Neil Carmichael: Will the Paymaster General update the House on the role that Ministers might have in the performance review of permanent secretaries?
Mr Maude: We have now instituted a formal process where formal input must be provided by Ministers to the Cabinet Secretary and head of the civil service on the performance of their permanent secretaries. That input has to be taken into account as part of the end of year appraisal undertaken by the head of the civil service.
Mr Speaker: There are so many noisy private conversations taking place it is quite difficult to hear the Minister’s answer. Let us have a bit of order for the Chair of the Public Administration Select Committee of the House of Commons.
Mr Bernard Jenkin (Harwich and North Essex) (Con): At what may well be my right hon. Friend’s last appearance in the House of Commons at the Dispatch Box, may I remark that his five-year term as Minister for the Cabinet Office in charge of civil service policy for the Government will have truly left its mark not just on the civil service but on this House? His tenacity, commitment and sincerity are of great credit to him.
Mr Maude: I am extremely grateful to my hon. Friend for his kind remarks. I pay tribute to him for the way in which he and his Committee have held us to account for what we do. He has done that consistently and persistently. It has not always been comfortable, but that is what the House of Commons is for.


It is important that the focus of any petition should be to prevent anyone who has committed or is under investigation of having committed illegal  act or to having willfully assisted in the covering up of such acts of having power in the new Government and Parliament .

Thanks to Colin Smart
Posted by Act Now at 11:00 No comments: