Excellent blast from the past  about how the System works to protect pedophiles,
Senior criminal perverts recently caught in Britain were a paedophile English High Court judge, paedophile senior English diplomat, paedophile prison governor and paedophile elite school chaplain. The first two were caught by junior policemen and junior customs officers, in trawl operations out of reach of control by senior officers. The paedophile High Court judge walked out of court unpunished. – not even held in custody. His crimes were dismissed – by a fellow High Court judge. We speculate that the creation of the CPS has since protected elite paedophiles from prosecution. [Crown Prosecution Service staffed by LAWYERS, to oversee and limit police prosecutions]
Do we now see the elite – acting through senior judges – moving to shackle Customs officers – to protect VIP criminal perverts?
9 June 2000 – English judges demand that Customs officers be prevented from prosecuting paedophiles! “Perceptions” speculates that if the prosecution decision is left to CPS ( Crown Prosecution Service) ie. LAWYERS) – then paedophile diplomats and judges will be completely safe again. [The lawyers’ in the CPS do not encourage the prosecution of judges – not even child-molesting judges]
From “The Independent” legal section – 9 June 2000 :- QUOTE “Yesterday the Attorney General, Lord Williams of Mostyn, ordered a review of the role of Customs and Excise.” UNQUOTE
‘Customs’ Note :- OUTCOMES SHOW PAEDOPHILES ARE COMMON IN AUTHORITY ELITES: JUDGES, SENIOR LAWYERS, CHURCHMEN, STATE-SECURITY, POLITICIANS, POLICE & MAGISTRATES the only likely success in catching paedophiles is by way of international liaison & Customs operations. We believe this explains the ongoing conspiracy in legal, political and (some) media circles to discredit HM Customs and to deprive them of powers of investigation & prosecution.
UPDATE 2001/2 – several high profile trials on charges brought by HM Customs have mysteriously “collapsed” in court – thereby allowing judges to give Customs officers a bad name in Government circles (although probably the bad decisions were made by lawyers then blamed on Customs officers). [Government and parliament is heavily polluted with barristers and other legal types who, as a group are likely to share the predilections of certain judges]
” Perceptions” ‘CPS’ note :- Analysis of CPS outcomes show they choose to limit their sex-prosecutions to “disturbed” working-class offenders damaged by paedophile abuse by “authority”: protected VIPs. Majority of possible prosecutions against primary offenders – elite paedophiles – are suppressed by CPS. Conclusion:- virulent & powerful paedophile organization is protected & kept alive in Britain by corruption at senior level within Home Office, judiciary & CPS.
Posted by Act Now at 12:05 2 comments: 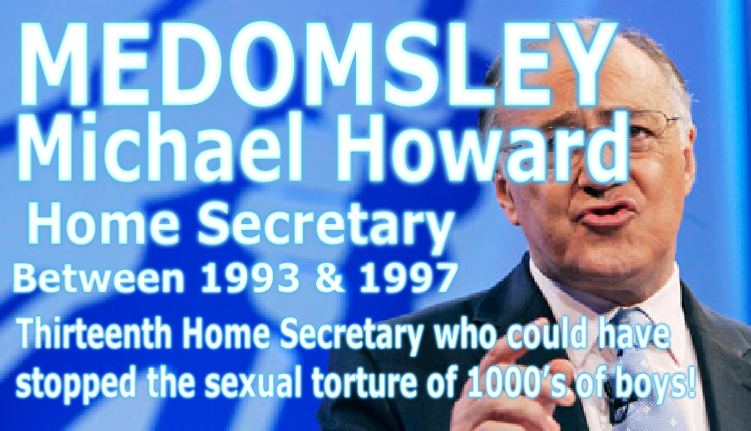 https://www.gov.uk/government/uploads/system/uploads/attachment_data/file/447564/Peter_Wanless_-_Richard_Whittam_supplementary.pdf
Posted by Act Now at 08:01 No comments:

Justice Denied reinstated by Google with thanks to David Icke

With thanks to David Icke who headlined the deletion  of our 2 million + hit popular  Blog Spot.

Google removed our whole website for Harassment of an unknown person or persons.  But following worldwide outrage Google have reviewed their  decision and quickly reinstated Justice Denied.

Why did Google remove Justice denied? who complained?

July 15th Justice denied had been linked to in the Music World Mag 'The Record'
Magazine http://www.npr.org/sections/therecord/2015/07/15/422964981/the-cruel-truth-about-rock-and-roll?  They linked to our article about the Walton Hop http://google-law.blogspot.com.ar/2013/08/the-walton-hop-max-clifford-chris.html

Did one of the people mentioned complain?  If they did how did they get Google, who fights governments over censorship, to take down our whole site?

Thanks to everyone who supported us when we were taken down and a special thanks to David Icke .
We will continue to campaign for an end to the cover-up of VIP child abuse
http://www.davidicke.com/headlines/google-deletes-justice-denied-child-abuse-exposing-website/

In a deeply disturbing series of home-made videos posted online during the late summer of 2014, an 8-year old boy and his 9-year old sister describe the horrors they were allegedly forced to endure at the hands of their British father who they claim is the leader of a Sexual Ritual Abuse cult in North London. The cult includes head teachers, a priest, school governors, managers of McDonalds, Social Workers, lawyers and Police Officers.  The Cult sacrifices babies which arrive in DHL and TNT courier boxes, many thousands of pounds are earned by the Cult in trafficking lewd, pornographic and ‘snuff’ videos from their rituals which are held in school-time.  “Other schools are involved” said the children – who have now been snatched by the authorities…
EXTREME KIDDIE PORN:
The Hampstead kids actually allege specific people and organizations who collaborate with this Satanic pedo-cult. Supporters of Aleister Crowley claimed that the videos are “fake” and that the kids were “coached”.  It doesn’t take an expert to notice that the whistleblower kids show telltale signs of bare-faced honesty.  The children claim they were threatened with murder if they told anyone – and said that police and social workers, and teachers all worked together in hiding the mass pedo-abuse of schoolchildren in Hampstead.
They eventually confessed, breaking some kind of ‘pact’ which they had sworn never to divulge on pain of death.  They confessed that it was their British father who led a Sexual Ritual Abuse cult in North London – it is based just a stone’s throw from the home of Lord Janner – the pedo-Lord who is now claiming ‘dementia’ to avoid trial, but whose list of police charges includes enforced buggery and rape of multiple children.  The Hampstead children made it abundantly clear that “other schools” in Hampstead were also running pedo-ring activities – and this has indeed been confirmed by the British author Jonathan Self.
The Hampstead allegations contained highly detailed confessions of being sodomised with plastic dildos by both men and women.  The incidents were video taped by cult members who traded the extreme and graphic porn, which the children say made their “bums bleed“.
BARNET POLICE & EXTREME KIDDIE PORN
However, six days after reporting the crimes to Barnet Police on 5th September 2014, the children were taken into ‘protective custody’ and subsequently to two different foster carers.  The children looked tired and anxious in their last recorded police interview – it was the last time that members of the public saw these children alive – for all we know, they may have ben killed or drugged by the very same cult members who they said “worked for the police”. The police force in charge of the children is Barnet Police.

Indeed, it was the National Health Service who performed Medical examinations of the whistleblower children.  The reports  confirmed scarring in the rectum area of both children.  However, the judge in the case, who has no medical training, refuted and down-played this vital corroborative evidence.  Why?  Could it be that the Hampstead children, who claim that there are high-ranking members of the pedo-cult, have influenced the judge to disregard the vital evidence which should have triggered a major manhunt and arrests and subpoenas of all the alleged cult members?  It seems likely.

Barnet Police then turned up at the house of the distraught mother, at night, in the dark, with no warrant and apparently no legal incentive or reason.  After being challenged as to the reason of their visit with a gang of 10 officers and two squad cars, a long pause ensued.  Eventually officers shouted through the letterbox that Section 17 of the P.A.C.E. Act had been violated.
In fact, it seems that Barnet Council had claimed that the allegations had somehow ‘harassed’ them!

THE STRANGEST EVIDENCE:
The children made allegations which sounded weird and strange to say the least.  But since they were snatched by Barnet Council and the Police and Judge have disregarded the medical evidence which confirms they indeed have been buggered, independent researchers at TRUTH FREQUENCY RADIO have uncovered a trade in HUMAN LEATHER.
The Hampstead children said that skin from sacrificed babies was kept and used to adorn clothing and ‘flip flops’ by the cult.  In fact, a HUMAN LEATHER website does indeed exist – charging thousands of euros for goods hand-made from human skin.  The registrar of the site is in the Indian name of KAMA SUTRA – a book about sexual practices.
The HUMAN LEATHER website http://www.HumanLeather.co.uk says:

We have amalgamated the leathers to create Power Bracelets without rival.
SahVishuManipura Bracelet : Physical Power, Mental Clarity and Fearlessness
SwadhiMuladhra Bracelet : Sexual Energy, Virility and Fertility
AnaManiVishuddha Bracelet : Immunity Boost, Growth and Digestive Power
SahAnaMuladdhra Bracelet : Physical Power, Sexual Energy and Immunity Boost          *21st Jan 2011 – This Item Is Out Of Stock*
All bracelets are unchanged at Euros 500 each.  Contact us for more details if you would like to purchase them as stock is still under pressure due to demand.

WHAT IS HUMAN LEATHER?

Human Leather is made from real full thickness human skin.  Just like animal leather products, produced from lesser animals, our raw human skin is transformed into the finest grade human leather by using a traditional tanning process.  However, human leather is the finest grain leather that is obtainable.
It is free from defects and has the smallest grain size which makes it the smoothest, softest leather on Earth.

And that, without a shadow of a doubt, is exactly what the evidence has proven.