Privy Council protect one of their own, Keith Vaz the Cocain supplying, rent-boy loving MP

Disgraced MP Keith Vaz, who is currently being investigated for supplying cocaine to rent boys and helping a rent-boy brothel owner escape justice, was made a member of the powerful Parliamentary Justice Select Committee.  Vaz who is infamous for his decades of support for prolific pedophile Sir Greville Janner QC. who like Vaz was a Barrister and counted  Appeal Court Judges as friends.  Vaz was groomed for high places and was tipped to be the Speaker of the House   Even the telegraph is saying the appointment of Vaz "makes parliament look like a cosy club" 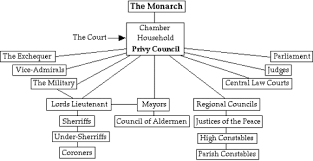 Of Course the Privy Council which has 108 UK Appeal Court Judges on it would, you expect, be interested in the integrity of the Justice system.   The Privy Council has some interesting people on it first and foremost the pedophile, rent boy and cocaine loving reprobate himself Keith Vaz MP. Then Lord Chief Justice Simon who refused Andrea Davison leave to appeal against being set-up by pedophile rent-boy loving elite.  Dame Elish Angiolini former Lord Advocate of Scotland involved in Holly Grieg cover-up . Lady Bulter-Sloss who covered up child abuse in Cleveland and elsewhere and whose Attorney General brother was also a pedophile. Lady Justice Macur who covered up for elite pedophiles in the Macur Review.  In fact the Privy Council is awash with elite pedophiles and Legal professionals who cover-up for their elite pedophile colleagues

24 members of the exclusive top notch elite Privy Council voted in support of  Keith Vaz so he could take up a position on the Parliamentary Justice Select Committee.

12 of the MP’s who voted for Vaz had been appointed to the Privy Council within the last 4 years,  and half of those (6) had only been appointed in 2016. (a ploy to protect the old pedophile members from exposing themselves and a bribe of prestige and extra dosh for those who are willing to sell their souls)

Of the 24 PRIVY COUNCILORS who voted for corrupt pedophile Keith Vaz 11 are either  CURRENT GOVERNMENT MINISTERS  OR SECRETARIES OF STATE  and 3 are Government  CHIEF WHIPS plus one ex chief whip. The remaining ‘do anything for money and protection from prosecution’ consist of  3 ex ministers.

What does all this tell you?   It tells you the names of all those actively usurping Justice in the United Kingdom.  What does this mean for Mr and Mrs Average? It means they are ruled by a gang of criminals who sit on the benches of Parliament and sit on UK Court Benches. From these highest seats in the land  they protect the utterly corrupt and criminal members of their elite group and destroy the lives of the people forced to pay their organized crime syndicates running costs via taxation.

When this elite group of Ministers, State Secretaries, Whips  and Appeal Court Judges got together to save, one of their own Keith Vaz MP,they somewhat gave the game away.  They have now NAMED THEMSELVES as being members of a criminal cabal which is usurping justice in the United Kingdom.

The privy council meets in full once a month and is presided over by the Queen  each Councillor takes an oath   "You will keep secret all Matters committed unto you".   It acts like an exclusive elite club for the rich and the privileged, hardly surprising  they feel deprived children are fair game for their perversions.  The oath has similarities to Masonic oaths and many are also Masons.


Below you will find a full list of the members of this exclusive criminal gang:-
Lord President of the Council
Chris Grayling    fraudster protected by the State
http://www.politics.co.uk/blogs/2015/01/28/the-mystery-of-chris-grayling-s-expenses
Clerk of the Council
Richard Tilbrook spook head of honours appointments

Here are the names of the MPs who voted for Vaz, 159 are Tories:

Of Course Keith Vaz like many members of the Privy Council has a long history of corruption in 2001 he was court illegally interfering with passport applications.  http://news.bbc.co.uk/2/hi/uk_news/politics/1137824.stm   But Politicians like Vaz have no shame because they are not like the tax payers  who pay their wages. They are arrogant lawmakers and elite criminals who are protected from prosecution by virtue of their involvement with heinous crimes like child trafficking and CSA image trade for a start.   No they are not like other men they are despicable monsters who parade with their fellow monsters drinking champagne and laughing at the peasents forced to fund their opulant lifestyle and supply them with children to rape,