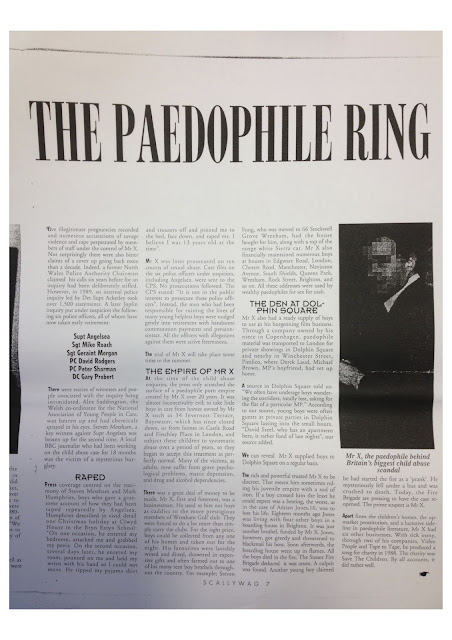 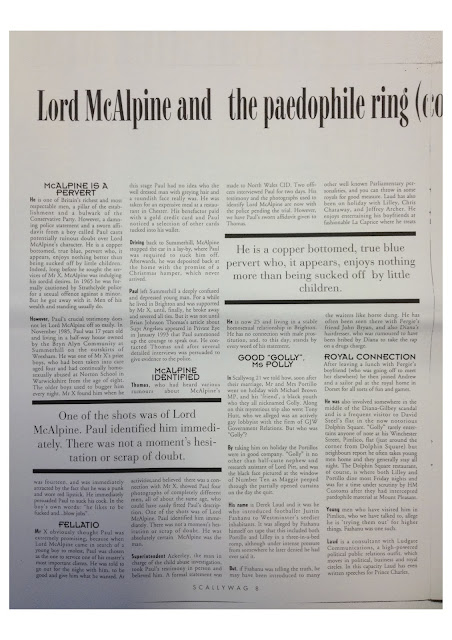 What happened to  the Journalists and Researchers who worked  with Scallywag  and its successor Spiked.!


The Co-founders  of Scallywag Simon Regan  and his half brother Angus James Wilson  are both deceased. Angus died in strange circumstances in Cyprus in 1996     and Simon Regan died  in 2000 disappointed he could  not have done more to expose the paedophile ring.    SCALLYWAG MAGAZINE HOW THE TORY'S COVERED  UP THE ... http://google-law.blogspot.com/2012/10/scallywag-magazine-how-torys-cover-up.html?spref=tw
Simon Stander stayed in Cyprus  following the strange road accident which killed Angus James Wilson. His  was last known to be  teaching in  a University in Costa Rica http://upaz.blogspot.com/2007/08/resignation-letter-submitted-by-prof.html

Journalist Peter Sawyer went on to write the Book  'GOTCHA'  with  the Knight brothers  and a  former member of the Flying squad.  He  became a producer on a number of documentaries and wrote freelance for both the tabloids and the broadsheets. read more http://newsconfidential.com/FS/FS_Story.php?RequestID=32913

Andrea Davison went on to expose arms to Iraq and was an intelligence adviser to the Trade and Industry Select Committee on Arms to Iraq and gave evidence in secret to Lord Justice Scott's Inquiry into Arms to Iraq.  Illness caused by her work in Iraq meant she had to retire  from front line work and so she  carried on working in the background, Until January  2010 when the Police working for the Westminster Pedophiles stole 30 years collection of CSA evidence. Set-up and wrongly convicted in July 2012  Andrea is now a refugee  in South America   Andrea Davison, Jimmy Savile, SERCO and How it all... http://google-law.blogspot.com/2012/10/andrea-davison-jimmy-savile-serco-and.html?spref=tw

For   good readable images of the original  article follow this link http://rense.com/general95/mcalpine_1.pdf

Also here is a text copy