A 1977 prison report said: ‘Ronald Kray remains an active and predatory homosexual, and cares little who knows it.’ Another report describes how Kray was found in bed with another inmate.

Reportedly, prison officers usually turned a blind eye to Kray’s affairs. Reggie Kray’s twin brother was Ronnie Kray, who was also a gangster and lover of boys.
The twins had huge property interests in East Anglia. Kray had access to many London care homes and would have boys delivered to parties at DJ Alan ” fluff” Freeman’s large flat over a music shop in East London. There they would meet with show biz types and DJs including Jimmy Saville, Joe Meeks and on occasion Beatles manager Brian Epstein. The eastern crime squad knew about the Kray gangsters and the sex parties known as ” Pink ballets ” with young lads but let them continue
At these parties , young boys , specially brought over from several childrens homes would be plied with drugs and alcohol.

At a big London railway station in the spring of 1970, a plastic carrier bag was found in the regular search for bombs before the station closed for the night.  “The contents were an odd assortment of letters and photos, which seemed to have been taken at a kinky party attended by some well-known figures in entertainment.

“One in particular showed a pop singer who masquerades under a Christian persona; dressed in women’s underwear he was pictured with young boys. (I will leave it to you, just who that famous pop singer could have been !)

“The bag was duly taken to the station office and, as a senior rail worker wrote out a report for the lost property office, two MI5 men and a special branch officer arrived and demanded the photos.”  Like the Dickens report and other evidence of VIP child abuse it has been buried.

Boothby was a promiscuous bisexual, in a time when male homosexual activity was a criminal offence. While an undergraduate at Magdalen College, Oxford, Boothby earned the nickname “the Palladium”, because “he was twice nightly”. He later spoke about the role of a speculated homosexual relationship in the drowning of his friend Michael Llewelyn Davies (one of the models for Peter Pan) and fellow Oxonian Rupert Buxton. He did not start to have physical relationships with women until the age of 25.      From 1954 Boothby  campaigned publicly for homosexual law reform.

Lord Boothby, who incidentally was  very close to Winston Churchill, liked masochistic sex with rent boys and would often be known to use the Krays for the procurement of young boys

The Krays also came into the public eye when an exposé in the tabloid newspaper Sunday Mirror  began to expose a sexual relationship between a  gangster    and a UK Conservative Party politician.   Although names had not been published the Kray twins threatened the journalists involved in the story, whilst  Boothby threatened to sue. The newspaper backed down under pressure, sacked its editor, printed an apology and paid Boothby £40,000 in an out-of-court settlement. As a result, other newspapers were unwilling to uncover the Krays’ connections, criminal and sexual activities. Consequently young boys continued to be supplied from children's homes to be sexually exploited  for the gratification  of  gangsters and corrupt politicians.  All this wilt the  blessing of the Police and Parliament.  Decades later nothing changed. 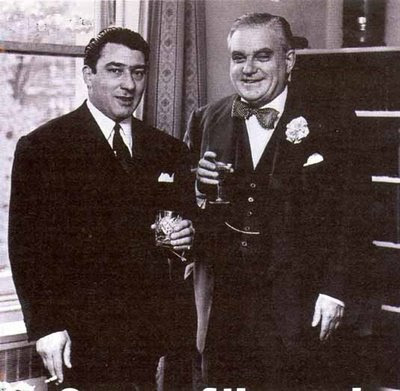 Pictured in 1963 – Ronnie once said to a boy: “You will go home with Lord Boothby. You will do exactly what Lord Boothby wants. Or I will hurt you”

Similarly, when Tom Driberg, a Labour MP and KGB agent who wore fishnet stockings, got involved with the Krays, telling them ‘about the houses of rich friends they could burgle,’ again the government suppressed any inquiry, as they didn’t want to have to cope with the damaging revelations.

The media were further intimidated and silenced when Boothby and Driberg used the Krays ‘to turn anyone over who had crossed them’. The Police protected the Krays and children  continued to be supplied  and abused.

On notepaper carrying his address in Eaton Square, Belgravia, Lord Boothby wrote to Kray on June 6, 1963: ”Thank you for your postcard. I very nearly went to Jersey myself, as I have never been there, and hear from so many people that it is quite delightful.”

In 1963 Jimmy Savile was also in Jersey. Is  it just a coincidence that a massive paedophile ring was in operation centered around  Haut de la Garenne childrens home at that very time ? 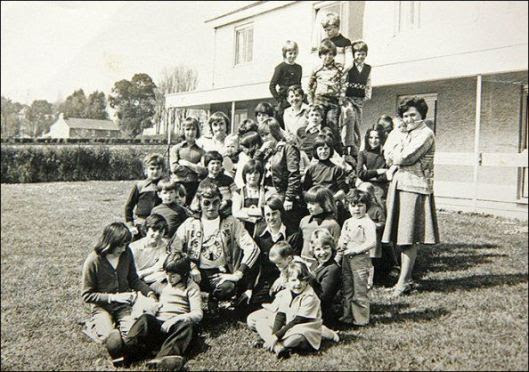 One of those who stood most to lose was Sir Edward Heath, the former prime minister from 1970-74, who was known to visit the Jersey care home the Haute Garrene among others to take young boys on boating weekends on his yacht called  ‘Morning Cloud’, or as his bodyguards referred to it, ‘Morning Sickness’.

A source spoke to one of Health's victims and he revealed the names of  others who were present.  But more importantly he revealed who was supplying the children to Health!

The person procuring  children for Heath to abuse  was Sir Jimmy Savile. He was seen by the  victim, taking young boys on-board Heaths yacht  'Morning Cloud' when they were at party conference.  Savile was known for supplying a number of high profile MP’s with children for them to sexually abuse.

Heath was warned on 4 occasions by the head of the Metropolitan police not to loiter in London’s lavatories and not to try to pick up young boys. Because he was embarrassing the police who had to stifle and bury complaints from children and their carers. Heath nonetheless, he quickly fell prone blackmailers who insisted he dress up in a ridiculous Gestapo uniform in which he was photographed.

Alan Collins, a solicitor for several Haut de la Garenne victims, said ‘a handful’ of former residents have now made abuse allegations about Savile.  He said Savile’s name was mentioned several times during the police investigation of 2008.  Police on the island confirmed last week (October 2012) that Savile was investigated as part of the 2008 inquiry into abuse at the children’s home.

It followed claims from a former Haut de la Garenne resident that Savile was involved in an indecent assault in the 1970s. The BBC entertainer, who died last October aged 84, was never charged with any abuse offenses. No surprise there then!

Jimmy Savile, star of children’s television favourite Jim’ll Fix It, sued the Sun in 2008 over a series of articles linking him to Haut de la Garenne, the Jersey children’s home where human remains were found and children were allegedly tortured and sexually abused. He initially denied ever visiting the home, despite photographic evidence to the contrary. Savile’s reaction was to slap an injunction on The Sun who had to withdraw the picture. This was followed with a series of articles. One asserted that Savile was unwilling to assist with the police investigation and another that he admitted having visited the home. The Sun also criticised Savile for being unprepared to ‘go some way to fixing it for the victims’.

Reblogged from but altered and read more http://chris-ukorg.org/cover-ups/35147-2/