In an isolated  solitary cell in Jerusalem  Ben Zygier  an Australian citizen  with dual nationality  and two passports in different names  was suicided  by Israeli Police  on December 15th 2010.


34 year old Ben  Zygier  who was a lawyer  by  profession had  come to the end of a dark road which had started when he was recruited by Mossad at the age of 24.

Ben  was working for the Australian Intelligence Service at the time and the Israelis decided to recruit him.   Of course relations between Mossad and the British and Australian Intelligence services is very close and there  should not have been a conflict of interest,  but whatever Ben  found out was enough for him to be murdered  and  for it to be covered-up by  both Nations.    What he discovered t is believed to have involved International Frauds and the sale of nuclear technology  used to gather funds for covert-ops.

Australia did nothing to protect  her own Agent  who was   held  in  solitary confinement in top-security cell of Ayalon Prison  A former inmate of that cell is said to have been Yitzhak Rabin’s assassin Yigal Amir.

Ben had two  passports issued by Australia in two different names  but with the same date of Birth.  It is without doubt Mossad knew about the passports and was aware he was also working for the Australians. 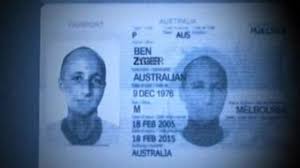 Following an explosive Australian ABC news report Tuesday that a dual Australian-Israeli citizen and Mossad agent committed suicide in an Israeli prison in 2010, the story has slowly unravelled. The Australian report identified the man as 34-year-old Ben Zygier from Melbourne. Following a media ban on the affair, Israel finally confirmed on Wednesday that a dual national did indeed take his own life while in custody.

Carr's public acknowledgement of Australia's knowledge of the affair further validates previous comments by his spokesman a day earlier that “some officers of the department were in fact aware of his detention.”

Carr also told officials at the Senate Foreign Affairs, Defense and Trade Legislation Committee that on December 16 2010, Canberra was informed of Zygier's death the previous day, and that the family of the deceased had been notified by Australian authorities.

JERUSALEM/CANBERRA - The Australian immigrant reported to have been recruited by the Mossad and held in solitary confinement in an Israeli jail where he committed suicide was charged with grave crimes before his death, one of his lawyers said on Thursday.
Leading criminal attorney Avigdor Feldman said he met the man dubbed "Prisoner X" a day before his death.

The closely guarded case has raised questions in Australia and Israel about the suspected use by the Mossad of dual Australian-Israeli nationals and the circumstances behind the 2010 detention and death of 34-year-old Ben Zygier.
"I met with a balanced person, given the tragic outcome, who was rationally weighing his legal options," Feldman told Channel 10 Television.
Israel on Wednesday broke its silence over an Australian Broadcasting Corporation (ABC) report which said that Zygier, who immigrated to Israel, was jailed in isolation over suspected misconduct while spying for the Mossad.
Partially lifting a gag order on the case, an Israeli court said a dual-nationality citizen had been imprisoned secretly under a false name for "security reasons", and found dead in his cell in what was eventually ruled a suicide.
Feldman said that Zygier was charged with "grave crimes" and that there were ongoing negotiations for a plea bargain. The attorney did not elaborate on the allegations, which he said Zygier denied. Reporting in Israel on the case has been subject to strict government censorship.
"His interrogators told him he could expect lengthy jail time and be ostracised from his family and the Jewish community," said Feldman, who once represented former president Moshe Katsav in his rape trial. "There was no heart string they did not pull, and I suppose that ultimately brought about the tragic end."
Also Thursday, Australia confirmed that the government was informed of Zygier's arrest in 2010 through intelligence channels.  Read More  http://www.jpost.com/NationalNews/Article.aspx?id=303252

No-one should be arrested and murdered in a cell.  More needs to be done to bring the murderers to justice
Posted by Act Now at 09:04