Whistle  blower Edward Snowden accuses the British Government of lies and deception. Well  nothing new there!


In a statement to the Guardian journalist Glenn Greenwald, Mr Snowden has blamed the Government for the leak:

I have never spoken with, worked with, or provided any journalistic materials to the Independent.
The journalists I have worked with have, at my request, been judicious and careful in ensuring that the only things disclosed are what the public should know but that does not place any person in danger.
It appears that the UK government is now seeking to create an appearance that the Guardian and Washington Post's disclosures are harmful, and they are doing so by intentionally leaking harmful information to The Independent and attributing it to others.

So the UK Government leaked information about the GCHQ listening post in the Arabian Ocean to the Independent.  The location of the listening post  has been made mysterious but we understand they are not so secret.

LISTENING POSTS NOT SO SECRET AFTER ALL


US, UK   Chinese and Indian intelligence services are setting-up listening posts on the Arabian Sea within monitoring distance of Afghanistan, Pakistan and Yemen.  These countries all  have their eyes on  Oman, the Maldives and Madagascar.  Industrial espionage  (spying on other governments for their commercial, political and military secrets)  is now rife and competative,
The  US National Security Agency (NSA) has had most comprehensive network of listening posts in the Arabian Sea, facilities that were used extensively during the wars in Iraq and Afghanistan, In addition to stations in Abut and on the island of Masirh, in Oman, the NSA has two interception posts in the Musandam peninsula a parcel of land belongining to Oman north of Ras al-khamah, in the UAE, just opposite Iran.
There are also NSA listening facilities at Bharains Al-Muharrag Airport and in the UAE island of Sir Abu Nuayr, 80 KM of the coast of Abu Dhabi. Further to these facilities the NSA has a listening post in Diego Garcia off Mauritius, and recently built a second on Masirah, a clandestine listening hub that during the Cold War was home to a British Government Communications HQ (GCHQ) facility,

Chinas floating facilities in the Arabian  Sea are supported by Chinese specialists  who now also  support Pakistan’s and Iran’s intelligence services
To boost its presence in the regions the 3rd Department of the Chinese Peoples Liberation Army which is in charge of interception, is working to develop its ties with countries such as Djibouti and Kenya.
China regularly dispatches oceanographic observation vessels, crammed with sophisticated interception material, to the Arabian Sea. These frequently find themselves crossing paths with Dupuy de Lome the French Navy sea intelligence ship which spends much of its time in the same waters.

The Independent reported that the facility allegedly collects emails, phone calls and web traffic on behalf of western intelligence agencies, which is why the government asked the Guardian to destroy files relating to Snowden.  This is just a form of industrial espionage on smaller nations. 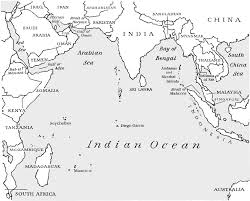 All smoke and mirrors to persecute a few small people who Western Governments fear because they have morals and are brave.  Meanwhile South American Nations welcome people with morals, integrety and genious.   As Western Governments  sink deeper and deeper into the mud of their  own corruption. South America like a lotus is blooming from out of the mud.

‘specific covert operations, sources and methods of the security services, SIS and GCHQ, Defence Intelligence Units, Special Forces and those involved with them, the application of those methods, including the interception of communications and their targets; the same applies to those engaged on counter-terrorist operations’.

But we all know that this only applies to  operations which could interfere with  the governments on-going criminal enterprises.  Come on no-one with more than two brain cells believes the propaganda any more about protecting intelligence sources  or preventing terrorism.  We know the Government ran the  provisional IRA.  Come on we are not idiots,