John Allen  who  has been  living  happily in Ipswich  was arrested again  for the horrific abuse of children in North Wales Children's Homes.   It took  public outrage for the police to act  and  operation Pallial to be instituted by a Government hoping to escape  exposure.  However  not one  of the  Elite  paedophileshas   been arrested yet.

A 72-year-old man charged with 32 serious sexual offences relating to allegations of historic child abuse in north Wales has been remanded in custody. The BBC reports.

John Allen, of Ipswich, Suffolk, was head of the Bryn Alyn Community which ran children's homes in north Wales.
He appeared before magistrates in Mold.
The charges include 22 indecent assaults and one offence of gross indecency, alleged to have taken place between 1968 and 1989.
He was first arrested in April and was re-arrested on Wednesday when he answered bail in north Wales.
Mr Allen will appear at Caernarfon Crown Court in a week's time.
After answering bail, Mr Allen was interviewed further by officers from Operation Pallial - the investigation into allegations of historic abuse at care homes in north Wales - before being charged on Wednesday.
Operation Pallial confirmed they were the first charges to be brought under the investigation.
The offences are alleged to have taken place between 1968 and 1989 against 15 boys and girls aged between seven and 15.
Operation Pallial is led by Keith Bristow, director general of the National Crime Agency, which is replacing the Serious Organised Crime Agency.
He said 187 people were now speaking to investigators about alleged abuse.
Mr Allen is one of four men arrested.
The others remain on police bail while investigations continue. 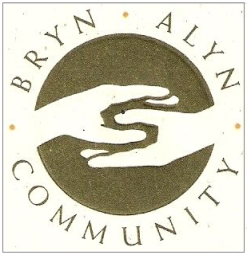 Many of the Children’s Homes where abuse took place in North Wales were privately owned by one group of people, though the company name changed and some companies were specific to individual homes. These Care Homes could make up to £2,000 per month for each girl and up to £1,000 a month for each boy they housed.
One Director, John Allen was later convicted of child abuse while two of the Directors of these companies that regularly appear Kenneth White (jnr) and David Evans were investigated by police themselves during the 1980s but never prosecuted, as evidenced by this passage from the Waterhouse Report:

50.10 During this same period between 1981 and 1989 allegations against five other residential child care workers in Clwyd were investigated by the police but only one of the five was alleged to have committed sexual offences. The other four were Frederick Rutter (Bryn Estyn, 1983)774, Paul Wilson (Chevet Hey, 1985) 775, Kenneth White junior (Bryn Alyn, 1988) 776 and Y (Ysgol Talfryn, 1989) 777: each was alleged to have committed a physical assault or assaults on a boy in care but none of the four was prosecuted for reasons that have been stated in the cited passages of our report, where known to us.
50.11 The fifth person in Clwyd investigated by the police in this period but not prosecuted was David Evans, who was alleged to have indecently touched two girl residents at Park House in 1989 778. In that case the Crown Prosecution Service advised that there was insufficient evidence to support a charge of indecent assault in respect of either girl.

It has not been necessary for us to consider in depth the administrative structure of the Bryn Alyn Community and it would have been difficult to do so in view of the limited documentation available to us. It is necessary, however, to mention that some other directors joined the board from time to time. In particular, Kenneth J White (White junior), the son of White senior, assumed an increasingly prominent role from the early 1990s and he remains active in the affairs of Bryn Alyn (Holdings) Ltd. He became a shareholder (500 shares) in Bryn Alyn Community Ltd, when new shares were issued in 1991, and then joined the board. Similarly, Stephen J Elliott276 became a shareholder at the same time as White junior and subsequently a director for a short period before moving on to run Prospects, the successor of Bersham Hall. He had been a co-ordinator of child care at Blackley before undertaking a university degree course, after which he became part of the Community’s senior management on the child care side. The company secretary for many years was D Russell Evans. He acted also as personnel officer and was director of administration from about 1987, succeeding Frederick Streetly, formerly a probation officer in Liverpool, who was the first holder of the latter position from 1982.
.
To complete the picture it is necessary to mention also that a number of allegations of alleged abuse were reported by the Community to the Welsh Office in the period between 1988 and 1993. Thus, in May 1988 there was an allegation of assault on a resident made against White junior 297, who was then apparently Director of Bryn Alyn Hall. The Solihull boy involved was 16 years old and was a resident at Gatewen Hall, whilst attending school at Bryn Alyn Hall. The incident was investigated quickly by the Community and Clwyd Social Services Department set in train Child Abuse procedures. The conclusion reached in the Community’s internal investigation was that White junior had “acted excessively”. He had been suspended from duty during the investigation and, after the North Wales Police had informed him that he would not be prosecuted, he was transferred to administrative duties within the Community. He did, however, act as Deputy Head of Gatewen Hall from the summer of 1991 to January 1993 following the resignation of Lynn Williams.

21.07 Reverting to the history of the company, we cannot be confident of the accuracy of some of the details that have emerged in the evidence, but the general picture is reasonably clear. The company was very much a family concern initially with Allen’s father as chairman, Allen himself as chief executive and his uncle (Askew) the director responsible for estate management. Allen held a majority of the shares with the balance in the hands of his wife, Allen senior and Askew.
Primary Source ‘Lost in Care’ (Waterhouse)
© Crown copyright 2000 First published February 2000  Amendment issued October 2000 HC 201 ISBN 0 10 556660 8    INVESTIGATION BY KAZ