Cameron's  aid Patrick Rock  who has been fully vetted by MI5 to work in 10 Downing Street  has been arrested for offences involving child sexual abuse images.

Cameron's relationship with Mr Rock goes back to the Home Office, where they both worked under Michael Howard in the 1990s.  The same Home Office responsible for keeping a lid on the North Wales child abuse scandal.

Rock, was the key policy “fixer” in Downing Street overseeing the Tories’ law and order agenda, he quit his job and was arrested on the same day three weeks ago. This man was telling everyone how to live  what was right and wrong. Like the army of pedophiles who run the criminal justice system he  is utterly  corrupt and contemptible..

Rock repeatedly tried but failed to become an MP despite the backing he recieved.  He worked as special adviser to Cabinet ministers in the Department of the Environment and then the Home Office, where he met David Cameron. He was Cameron's longest serving political friend and no amount of fake "oh I am shocked" from Cameron will fool anybody. Well, to be fair,he might be shocked his protected pedophile  friend was arrested.

The former Labour minister  said: “There is a duty of care to Mr Rock, who has not been charged with anything as of today, yet I do think it is not unreasonable for Downing Street to explain why he resigned hours before the police appear to have acted.”  So who tipped him off?  What evidence did  Rock  destroy? 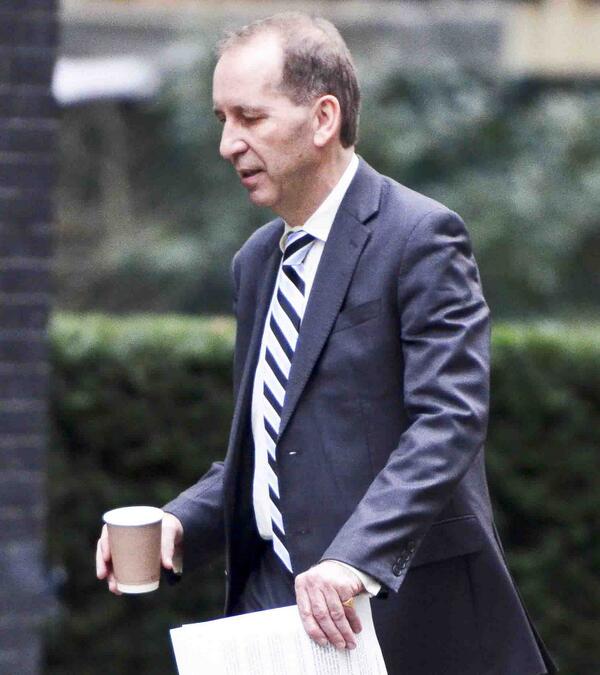 The day after Sonia Poulton wrote in the Express  that "Paedophile MPs are mocking British law "  we are finally told about the arrest of one 10 Downing Street pedophile which took place last month.

Sonia wrote   "In October 2012, MP Tom Watson stood up in the Commons and addressed the Prime Minister. He told David Cameron that he had become aware of rumours of paedophile rings which “encircled parliament” and had done so for decades and he then asked for this to be investigated"

Patrick Rock was one of David Cameron's closest aides

Rock was the deputy director of the Downing Street policy unit and one of David Cameron’s closest aides. Detectives searched No10 and and examined Rock’s office computer.

These  evil people who sit in offices of power and make sure that paedophles are protected and whistle-blowers and  victims arrested.   Now  as a watning to others who might think of braking ranks he has been arrested himself.  But what these evil men and women should be thinking about is just how expendable they are.  Just how much a risk they are to their paedophile masters. How many victims and investigators of child abuse have been suicided.  When you are no-longer useful  they will sacrifice you  without a second thought.  People who rape and murder little children or make fortunes from destroying  their innocent lives don't care about you!