The evil in Britain is being exposed. It is a country where the weak and the vulnerable are ruthlessly persecuted. The Police and the UK Authorities are  peopled by psychopaths who love to rape little children and torture old men and women. Does this sound alarmist ?  does this sound dramatic?   Its both but sadly its also true.  Elite Peadphiles are protected, whilst  old women are beaten in police cells and old men die of heart attacks in handcuffs.
This is the story of one old man and is a follow on from our story written on the 23rd of January
He died in handcuffs while detained at Harmondsworth detention centre - an 84-year-old Canadian with Alzheimer's. Until now we only knew a name: Alois Dvorzac. But who was the man behind the tragedy?
Until now, all we knew about Alois Dvorzac came compliments of a paragraph in a report by HM Inspector of Prisons in January. 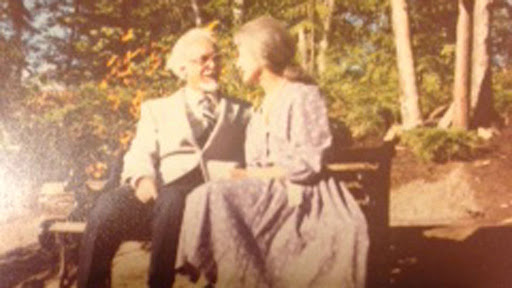 A report, based on a spot check of Harmondsworth Immigration Removal Centre, said: "The 84 year old Canadian man had been refused entry to the UK at Gatwick airport on the 23 January 2013." It went on to explain that despite being declared unfit for detention he ended up dying, in handcuffs, while still in detention two weeks later.Channel 4 News has spoken exclusively to the doctor who examined him when he first arrived in the detention centre. She immediately knew this was the wrong man in the wrong place.  "He was the sort of person you see and immediately identify with as a sort of grandfather figure" "This person was extremely vulnerable, he was frail, he should not have been there in the first place, let alone to be detained for such a long while," she said,So first the doctor, who wants to remain anonymous to protect her career, spoke to her line manager. She wanted to alert her manager, the person in charge of the health and welfare of detainees, to Alois's condition.
When the doctor asked that official why Alois was here in the first place, she was told: "UK Border Agency (UKBA) are not giving us this information because it's none of our business". According to her notes, she asked: "What do I have to do to get him out of here?"

What do I have to do to get him out?

Eventually she was told to fill in a form and fax it to UKBA, which she did. But she decided to go further. She rang UKBA directly. The official she spoke to there assured her that she would try to get him a place in an appropriate care setting or hospital.
The doctor went further still. She rang the Canadian high commission emergency number around the end of January. She explained to an official that she was really concerned about one of their citizens and gave them all the details.
"At that point, there was not much more that I could do. I definitely think that I tried to act ethically, I always do. I tried extra hard in this case to do the right thing by this patient and I feel as if nothing I said or did made any difference," she said.
But about a fortnight later his heart gave way while still in detention. He'd been in handcuffs for five hours and was still wearing them when he died.
This is what the Canadian Department of Foreign Affairs, Trade and Development told Channel 4 News about Alois's case: "Our thoughts remain with the family of the deceased Canadian in the United Kingdom. Canadian Officials in the United Kingdom have maintained close contact with representatives of the Home Office to press on this tragic case and to receive developments.
"We take the well-being of our citizens very seriously and look forward to the outcome of the investigation of the prisons and probation ombudsman into the circumstances surrounding Mr Dvorzac's death. To protect the privacy of the individual concerned, further comments on this case cannot be provided."

So this was Alois Dvorzac. But why was this elderly Slovenian, living in Canada, travelling through the UK in the first place? Who was he? And why did he die in detention at a British immigration detention centre?
We travelled to Maribor, Slovenia to try to piece together the mystery surrounding this man. A distant relative gave us an address there that, we were told, was his family home. We rang the doorbell of the old apartment block in the centre of the city. It was answered by Zlatka Hoceevar, Alois Dvorzac's niece. She invited us in. She'd emptied out a box of old photographs and letters on the kitchen table.
He was born in 1928. His dad died when he was two. He lived in this house with his mother and three sisters.
He was super clever. He went to school in occupied Slovenia and his niece showed us his school report, complete with Nazi stamp. Every subject - sehr gut. After school a big blot on his report card, as far as the Nazis were concerned. As the war was ending he joined the Slovenian partisans.

As the new Communist regime bedded in in Slovenia, the young ambitious Alois started to become disillusioned. According to his niece: "The political system crushed talented people. Those that stayed here, had their wings clipped."
He taught himself English and became the first of his family to go to university in the capital Ljubljana - all with a view to getting out.
Before he left Slovenia for Canada, he met the great love of his life, Dana, and they were married.
He wasn't allowed to leave Slovenia legally at the time. He first made it to Austria and then Canada. This was to be only time in his life he could ever have been classified as an illegal immigrant.
In Canada, he was naturalised and forged a successful career as an engineer. He and Dana didn't have children, but if the photograph below is anything to go by, they did have very happy life together for many years.
Which all leads us to the following devastating question: how did this life, so full of historical resonance, affection and adventure, end up extinguished, in handcuffs, in a British asylum detention centre?

In January last year Alois Dvorzac got on a plane in Canada. His intention was to fly to Slovenia to reconnect with the life he had left behind. Dana had passed away, and Alzheimer's was setting in.
He got as far as Gatwick. No-one will tell us why he was taken off the plane. Perhaps he had some sort of episode. Perhaps he didn't have the right paperwork. Either way, for some reason he was put in restraints and brought to Harmondsworth. He complained of chest pains while there and was examined by a doctor.

End of the journey

A Home Office spokesman told Channel 4 News: "The independent Prisons and Probation Ombudsman is investigating the circumstances of Mr Dvorzac's death and we will carefully consider his findings.
"The recent report by Her Majesty's Chief Inspector of Prisons on Harmondsworth made it clear that performance by the contractor running the centre has been below the high standard expected.
"It made a number of recommendations that we are taking forward and we are scrutinising our contractor's performance closely. Clear instructions have been issued to staff making clear that restraint should only happen where absolutely necessary."
But for Alois Dvorzac, that was the end of his journey. Two weeks later, still in detention, in handcuffs and gasping for breath, he died.

To see the channel four documentary  link is here http://www.channel4.com/news/left-to-die-in-british-detention-who-was-alois-dvorzac
Posted by Act Now at 08:24