BEN FELLOWS STATEMENT 2014
Over the past six months since my “Walk Against Corruption 2013” I have been under constant surveillance by the security agencies and have been suffering Police harassment over my allegations which I made against Conservative Cabinet Minister Kenneth Clarke MP. The Metropolitan Police came to me and bullied me into making a statement against Kenneth Clarke, stating that if I refused I would be in danger in the future. 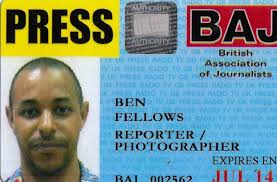 I have over the previous months cooperated with the Police and had a gentleman’s agreement to remain silent and off the internet even though that opened me out to even my supporters criticising me for this. Even after my kidnapping and arrest in the summer I remained silent. I remained silent when the Metropolitan Police tried to force me into saying that Peter Morrison a dead MP was the man I met in Ian Greers office. This was not the case. I stood by my original statement and was bailed to return again in the future. Fearing for my own safety I left the UK in November 2013 and as of January 16th 2014 I failed to return to Paddington Green Police Station for further questioning.
I am being persecuted by my own government over allegations which the Police have refused to investigate. What’s remarkable about this story is that instead of investigating my own statement and questioning Mr Clarke as a perpetrator, he has been turned into a victim by Scotland Yard and it is me who is being pursued as a potential criminal.  If we truly have freedom of speech and democracy as a registered journalist I should be able to write my own story without fear of being targeted by the state.
If Kenneth Clarke MP disagreed with my version of events the appropriate course of action was to issue legal proceedings and take me to court. This he has not done. Although I believe he is threatening publishers with law suits if they publish my articles.
The Police have already stated that there is a high level political conspiracy at play as the Cook Report tapes which filmed the events, which occurred in Ian Greers office twenty years ago have gone missing. Jack Malvern of the Times stated that the Cook Report Tapes were sent to Iron Mountain, a storage facility which subsequently had a fire which destroyed them.
During my cross examination by the Police which is a taped interview they stated that Mr Clarke couldn’t account for his whereabouts during that time. 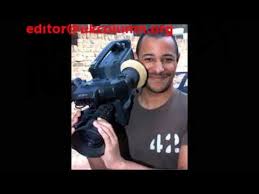