Government Minister Helen Grant MP the so called 'Victims Minister''  is a solicitor  and MP  deeply mired in  the scandal  of child abuse  cover-ups and the expenses scandal. 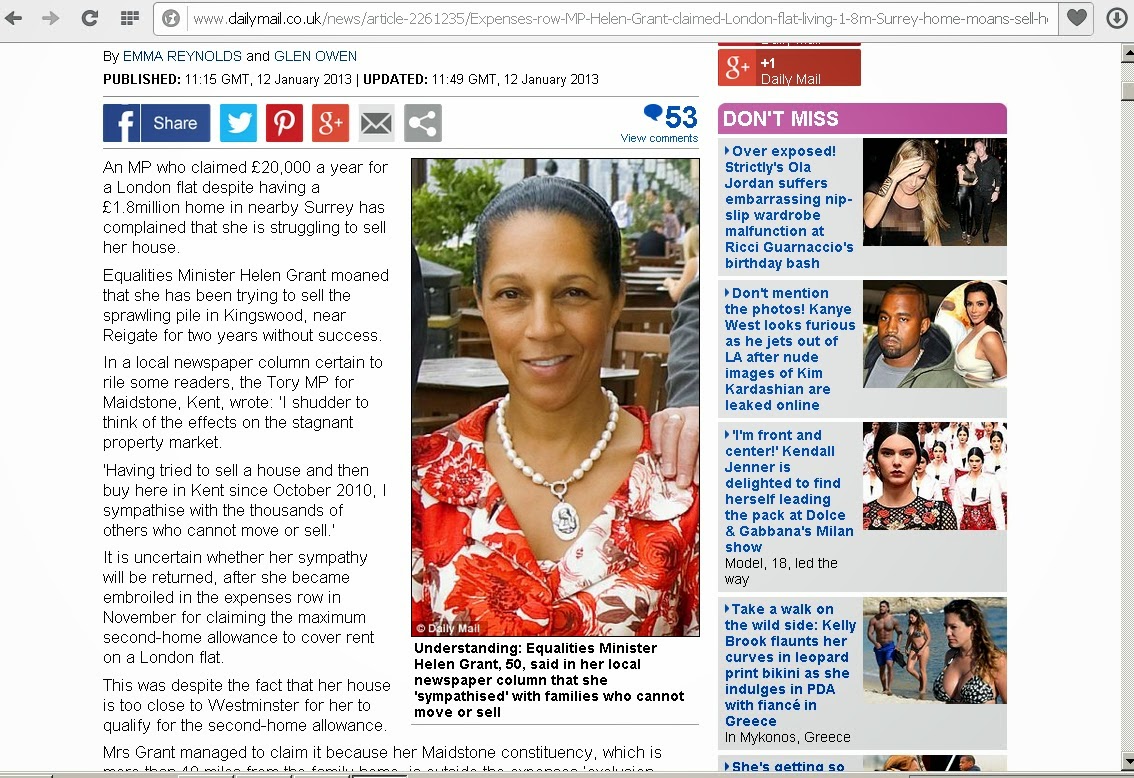 “I know there are people out there who wish to silence my daughters. This is what I have to say to them: You should have considered what the consequences of your actions would be all those years ago. You can't change the past and you can't hide it forever.﻿”

Anabella now safely back in Argentina where her family  originated from.  All four children were  born in Argentina.   The whole family mother, three girls and one boy was imported into the UK by an English man who befriended Anabella, only to rape and torture her children.  But not all the children survived the devastating experience of  living  under the tyranny of UK cover-up merchants.  Luciano,  Anabella's only son and brother to the three girls killed himself when  he could no-longer bare the shame,

The story becan when the  4 children were imported into the UK from Argentina in  1984. Their names are  Florencia, Luciano, Valentina, and  Melania.

“Today, my birth family is worlds apart. I live estranged from my mother and siblings. My family divided and scattered. We never talk any more. Our shame is a barrier that divides us to this very day.  When my little brother could no longer face our humiliation or his own particular pain, he took his own life”     “the British Justice System failed my siblings and me from the moment we were brave enough to complain to authorities about our years of  physical, psychological and sexual child abuse”

Their tragic story includes the collusion with and protection of  pedophiles by a current   Minister for Justice  in Cameron's Government Helen Grant  a solicitor by profession.

Melania is still trying to get justice and she wrote a letter to David Cameron on 17th July 2014 saying
‘My siblings and I suffered years of mental, physical, and sexual child abuse. The abuse destroyed our family and culminated in our brother committing suicide when he could no longer face our shame.
‘The man who abused us never faced justice and recent investigations suggest that the Metropolitan Police Service at best were inept or at worst protected our abuser. In addition, it would appear that the same police officers destroyed evidence to avoid criminal prosecution’

Please sign this petition to get an investigation http://www.change.org/p/stop-the-culture-of-paedophilia-with-impunity-sign-here-now-http-chn-ge-1nws06l-to-join-our-fight-for-truth-justice-justiceforabusedchildren?share_id=nwrXGGamEC&utm_campaign=friend_inviter_chat&utm_medium=facebook&utm_source=share_petition&utm_term=permissions_dialog_false
Posted by Act Now at 14:34