At last Gvt forced to agree to child abuse inquiry

It all started when the Home Office complacently said they had lost Mr Dickens dossiers on child sexual abuse by VIP's.

So the Gvt have been pushed kicking and screaming into establishing a national  inquiry into the decades of cover-ups and lost documents that surrounded child abuse.   This Inquiry would not have happened if not for bloggers and twitterers and of course those 7 couragous MP's who stuck their heads above the parapet.

But who have they put in charge of the review of the review about the missing dossiers. Peter Wanless although he is now  CEO of the NSPCC  previous to that for over a decade, he was a seasoned high-flying senior civil servant under both the Tories and Labour (incl. private secretary).  So his background is the  'Establishment' at the highest levels.  Plus he was boss of the Big Lottery Fund which was and still is overseen by none other than the Cabinet Office.
So this so-called independent has 'Establishment' blood in his veins (at the highest level again both for political masters and Whitehall mandarins) and where the Establishment have looked after Mr. Wanless very well indeed.  We have to fight to get  real independent investigators on the panel not Government Lackeys.

Eileen Fairweather that veteran journalist who has been exposing child abuse for 25 years  wrote today in the Telegraph "Today, the Home Office is investigating how it came to lose the information on child abuse given to Leon (now Lord) Brittan in the Eighties. Yet the disappearance of crucial evidence has been a theme of every one of my investigations. I have exposed paedophile rings targeting children’s homes in Islington, Hackney, North Wales and Essex, as well as schools, charities and churches" and  " Whenever the authorities are asked to investigate themselves – as, bizarrely, they often are – almost all the relevant files are found to have vanished"

"Numerous officials have confided in me over the years, and I have never forgotten the chill I felt when one officer said: “I am telling you this in case something happens to me.”
That “something” has indeed often happened to brave professionals who have tried to expose child-abuse cover-ups: many ended up being sacked or falsely accused of grave misconduct or crimes; and all were traumatised by learning of horrors that no one wanted ended.

The Attitude of those who make the laws for the minions to follow is demonstrated by
another article in the Telegraph
"A member of Edward Heath’s government told about how he could cover up a “scandal involving small boys” involving MPs to ensure their loyalty.

Tim Fortescue, who was a government whip between 1970 and '73, made the boast in a 1995 BBC documentary 'Westminster’s Secret Service'.
Mr Fortescue said: “For anyone with any sense, who was in trouble, would come to the whips and tell them the truth, and say now, I’m in a jam, can you help?
“It might be debt, it might be… a scandal involving small boys, or any kind of scandal in which, erm er, a member seemed likely to be mixed up in, they’d come and ask if we could help and if we could, we did.
“And we would do everything we can because we would store up brownie points… and if I mean, that sounds a pretty, pretty nasty reason, but it’s one of the reasons because if we could get a chap out of trouble then, he will do as we ask forever more.”
For Tim Fortescue MP OBE  and his ilk its all just a game  at which they can make a tidy penny courtesy of the hard working tax payer who can also be relied upon to supply their baby girls and boys for the great men to rape  and torture and even murder. He could happily talk on TV about covering up horrific crimes against children certain the police would never ask him any questions.

Fortescue's VIP buddies have control of  a corruptible police force and corruptible Judges to help them. All buddies together  with blackmail being an accepted tool.   Fortescue went to Cambridge. Do they put something sinister in the water of Oxford and Cambridge or is it just a coincidence that so many turn out to be psychopathic paedophiles or traitors or both?
Fortescue died a rich man at 92 in his bed after leading a life of privilege and luxury  contrast this with the brave whistle-blower who blew the lid on Child abuse in Harringay. Eileen gives us the story  about  Nevres Kemal the social worker who blew the whistle on Harringeys dire treatment of children.  She tells how the council tried to destroy her life- for telling the truth. 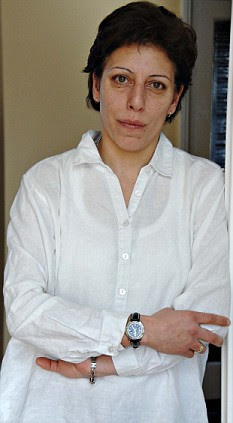 They falsely accused her of abusing her own daughter and opened an investigation Nevres feared they would take her daughter away. They  persecuted her for four years, she lost her job, suffered a police investigation and saw her finances and heath and family fall apart.  This is the standard way the 'authorites' treat whistle-blowers, using the police and the courts and threats.

Now its time to eliminate  the Fortescue's in the UK and give whistle-blowers the promotions they so richly deserve.