Gvt still trying to put lid back on Elite pedophile scandals Why??

After the resignation of the judge leading the government’s paedophile inquiry, it is clear that the Establishment is rattled. STEVEN WALKER reports on the investigations that could bring high-level child abusers to justice
The Establishment is getting jittery as more evidence of organised cover-ups of paedophile MPs emerges on a regular basis.
The Anglican Baroness Butler-Sloss, appointed by the Home Secretary to lead the over-arching inquiry into child protection which broadened the scope of the inquiry away from Parliament, resigned after admitting she covered up the sexual abuse of small boys by two Anglican priests in a previous inquiry.
It has since also emerged that her brother, the former Attorney-General Michael Havers, limited the scope of an inquiry into paedophile abuse at the Kincora Children’s Home in Northern Ireland in the 1970s.
Cabinet minutes from 1983 reveal that Havers ensured that MPs and other prominent public figures were protected by restricting the terms of reference of the inquiry.
Chief constables from 13 forces are now conducting at least 21 separate criminal investigations. Simon Bailey, the chief constable of Norfolk who is running a national task force targetting VIP paedophiles, said 30 senior officers involved in investigating MPs, peers, and other “prominent” figures were now co-ordinating their work.
The new police inquiries cover the whole country. These are allegations against elected officials, celebrities, people of public prominence and people directly connected to them.

There is growing evidence that the Establishment may be getting rattled at the amount of information pouring into the public domain about the role of senior political, religious and judicial figures in protecting paedophiles linked to Parliament. Government whips are the latest to admit knowing about child sexual abuse by MPs but doing nothing about it while shredding incriminating papers. Norman Tebbit has also stated that a cover-up probably has taken place.
A year ago, just after announcing that the Metropolitan Police were about to arrest a former Tory Cabinet minister, commander Peter Spindler was taken off the investigation and moved sideways to another job. Spindler had been leading the police criminal investigation into organised paedophiles sexually abusing young children from a council children’s home in Richmond on Thames.
The suggestion is that powerful figures had complained about Spindler’s work in pursuing three major paedophile investigations and he had to be stopped.
The London Borough of Richmond on Thames was the local authority responsible for the Grafton Close children’s home where it is alleged children were procured and taken to the notorious nearby Elm Guest House where MPs and others attended organised parties to attack vulnerable children who were plied with alcohol and drugs and then orally raped and buggered.
Terry Earland, former head of Richmond children’s services reported allegations to his boss Louis Minster, director of social services, made by worried social workers about what children were telling them. 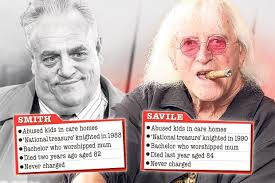 Jenny (now Lady) Tonge was the new Liberal leader on Richmond Council and in 1983 was briefed, along with other senior councillors, about the reports of paedophile MPs visiting Grafton Close.
Minster was sacked by the incoming Liberal administration which took control of the council in 1984. Tonge was a councillor from 1981 to 1990 and served as a chair of the social services committee. At this time Liberal MP Cyril Smith was a regular visitor to Grafton Close.
Did she know about this or report it to the Liberal Party headquarters and MPs? She was Lib Dem MP for Richmond Park from 1997 to 2005 when she was made a life peer as Baroness Tonge of Kew.
Peter McKelvie, the former child protection manager in Hereford and Worcestershire who worked on the conviction of paedophile Peter Righton, said there was a “powerful elite” of paedophiles who carried out “the worst form” of abuse.
Righton was referred to by Labour MP Tom Watson in 2012 when Hansard recorded that the police file relating to this founding member of PIE, who was convicted in 1992 of importing child pornography from Holland, needed to be re-examined.
Watson suggests that the evidence file used to convict Righton, if it still exists, contains clear intelligence of a widespread paedophile ring connected directly to Parliament. The central allegation is that a large body of material seized in the police raid on Righton’s home prior to his conviction had not been fully investigated.
Judges, peers, priests and MPs are among 20 prominent public figures who abused children for decades, said McKelvie, alleging that there is evidence linking a number of former politicians to an alleged paedophile network.
Lord Warner, the former Labour health minister, is on record as saying that the allegations were credible.
McKelvie triggered a police investigation in 2012 when he revealed there were seven boxes of potential evidence of a powerful paedophile network, including letters between Righton and other paedophiles being stored by West Mercia Police.
Operation Cayacos, among numerous other ongoing historical child abuse investigations, including Operations Fairbank, Fernbridge and Yewtree, is investigating allegations of a paedophile ring in Parliament linked to Righton.
A Labour peer is now under police investigation although, due to apparent dementia, he is considered unfit to be prosecuted for paedophile offences.
Clive Driscoll, a former Scotland Yard detective, has claimed that he was moved from his post when he revealed plans to investigate politicians over child sexual abuse claims. Speaking about his inquiries in 1998 into activity alleged to have taken place in Lambeth children’s homes in the 1980s, Driscoll said that his work was “all too uncomfortable to a lot of people.”
Another cover-up has been discovered in a report that Special Branch officers seized a paedophile dossier naming Establishment figures drawn up by Labour peer Barbara Castle in the 1980s. Officers citing “national security” confiscated the file which listed 16 MPs along with senior policemen, headteachers and clergy.
The dossier was collated by the late Baroness Castle of Blackburn who handed it to Don Hale, the editor of her local newspaper the Bury Messenger. As well as key members of both the Commons and Lords, the dossier named 30 prominent businessmen, public school teachers, scoutmasters and police officers who had links to PIE.
John Pierce, the chief executive of Rochdale council who closed Knowl View residential school in 1994, recently denied knowing about reports of paedophile abuse of young residents at the special school founded by local MP Smith.
He has gone on record to claim he knew nothing about three separate reports by health staff in 1988, 1991 and 1992 that paedophiles were abusing children as young as eight years of age. Yet Pierce was sent a copy of the 1991 report and Paul Rowen, who was leader of the council in 1992, said he had a number of meetings with Pierce in which the abuse at Knowl View was discussed.
The BBC disclosed details of another cover-up last week when it revealed that a high-ranking friend of Smith tried to warn off police investigating claims that he had been sexually abusing boys.
A senior detective investigating the claims against Smith said a magistrate made “veiled threats” to officers. The detective’s 1970 report to the chief constable of Lancashire said there was “prima facie” evidence of the MP’s guilt. The director of public prosecution later advised against prosecuting.
The 14-page report by the detective superintendent, which has been redacted, said that Smith would have been “at the mercy of a competent counsel,” but also reported that the MP’s magistrate “buddy” had warned of “unfortunate repercussions for the police force and the town of Rochdale” should he be prosecuted.
The officer, whose name has been redacted from the report, was investigating allegations of sex abuse by eight young boys, six of whom who had been at the privately-run Cambridge House care home in Rochdale.
The home closed in 1965, prior to Smith’s election as MP for Rochdale. Police and Rochdale council are already investigating allegations that the Liberal MP sexually abused boys at Knowl View residential school for vulnerable boys which closed in 1992.
Smith was a member of a Freemasons Lodge in Rochdale and this newspaper is continuing to investigate whether Freemasons within the Establishment actively covered up criminal actions in order to protect their brothers.
The Morning Star newspaper has yet to receive a response to a request to a masonic lodge in Rochdale (Liberty Lodge 5573) confirming whether Smith was a member and who were the senior officers between 1970 and 1990.
The New Welcome Lodge, No. 5139, is a British Masonic lodge based in the Palace of Westminster open to all MPs and peers. Hundreds of MPs currently appear in the Masonic Year Book, along with the names of judges, senior police commanders and top Whitehall civil servants. The role of Freemasonry in protecting paedophile MPs has yet to be fully established, but suspicions will not go away.
Posted by Act Now at 12:08