Abuse victim's claims are being treated as credible by detectives now investigating THREE murders allegedly linked to a network of pedophiles.

A victim of the Westminster paedophile abuse scandal has claimed he saw a Conservative MP murder a young boy during a depraved sex party.
And the Sunday People can reveal that detectives are investigating THREE murders allegedly linked to a network of VIP perverts.
The horrifying account comes days after Scotland Yard confirmed they have launched a murder probe ­connected to allegations of sex abuse from the 1970s and 80s.
Today the Sunday People and Exaro investigations agency expose the full extent of shocking events the witness, known as Nick, has described to the Metropolitan Police paedophile unit.
Nick claims the first death was of a boy aged ten or 11 who was ­deliberately run down by a car.
Another chilling allegation is that he was in the same room in the 1980s when a 12-year-old boy was strangled by a Tory MP.
Nick said: “I watched while that happened. I am not sure how I got out of that. Whether I will ever know why I survived, I am not sure.”
Eighteen months later, he claims a third boy was killed by two unknown men in front of another MP.
Nick told of his terror as he and the strangling victim were driven to an orgy.

He said: “We looked at each other and saw the fear in each other’s eyes. We said nothing.
“I knew we were being taken somewhere to be sexually abused by powerful men.
“But I had no idea of the true horror of what was about to happen.”
Nick had been picked up at an agreed meeting point. He recalled: “The car was ­chauffeur-driven although I can’t ­remember the make.
“Cars were sent to take us to various locations to be abused. They were often luxury cars with a chauffeur.
“They would be dark in colour – Jaguars, Rolls-Royces, Daimlers or Range Rovers.”
He was driven to a location in ­central London. On the way the car stopped to pick up another lad.
Nick says the boy had brown hair and was aged around 12 but he never discovered his name.
Both lads sat in silence for fear of punishment.
They arrived at a luxury townhouse and were taken inside.
Nick, still traumatised by what he witnessed, has given a graphic and harrowing account to police about what took place.

In hours of video testimony, he ­described how he saw the Conservative MP – who was sitting in Parliament at the time – throttle the boy.
He said: “The MP was particularly nasty, even among the group of people who sexually abused me and others. I still find it difficult to talk about these incidents after all these years.”
A second witness has already ­corroborated some of the information related to the case, lending weight to Nick’s claims and strengthening his credibility in the eyes of the police.
Nick has also told detectives about the death of another boy during a ­depraved sexual assault in the presence of a Conservative minister– a different MP to the one involved in the first killing.
Nick believes the car killing was a warning to him.
He says someone in the paedophile network deliberately ran over and killed a boy in broad daylight on a London street. He is convinced the perverts were demonstrating their power and showing what could happen if he spoke out.
Nick said his abusive father supplied him to a group of MPs and other VIPs who held abuse parties at Dolphin Square – an apartment complex in Pimlico, near Parliament – and at other locations in London.
He says the ­minister repeatedly raped him and other boys aged between ten and 14.

His claims are being investigated by police under Operation Midland, a strand of the Operation Fairbank ­inquiry set up to examine allegations of historical child abuse.
Exaro helped to arrange for Nick to pass his crucial testimony to the Met.
On Friday, the Met announced Operation Midland was now ­investigating “possible homicide”.
A statement said: “Detectives from the child abuse investigation command are working closely with colleagues from homicide and major crime ­concerning this information.”
Nick insisted a reporter from Exaro was present at a meeting with detectives when he gave them the name of the MP who allegedly murdered the boy, along with a list of other ­prominent people who he says sexually and ­physically abused him.
He also helped compile “e-fit” ­pictures of the murdered boys.
Nick went on: “There will be other people who know about the punishment and abuse carried out by this group - drivers of the cars who took the boys to venues, staff at the venues. Perhaps they can now come forward.”
He said he was taken to Dolphin Square at least ten times when parties were held. Different men would enter and leave during the evening.

Nick was around 11 when he first went there for a Christmas party.
He recalled: “We would be ordered not to speak to each other.
“Sometimes I would be driven there with other children. On other occasions I would be driven there alone and joined other children there.”
He described being led to a heavily curtained flat via several flights of stairs and a “dimly lit, musty” corridor.
And he added: “We were asked if we wanted a drink. It was always ­whisky. Both MPs were brutal. I was raped over a bath-tub while my head was beneath the water.”
He claimed one MP told him to thrash another lad and “sexually ­punished” him when he refused.
Last week we told how Nick, now in his 40s, had identified a shamed top diplomat and MI6 chief as one of his attackers.
He picked out a photo of Sir Peter Hayman – a former deputy director of the secret service.
Hayman, for many years a pillar of the establishment, caused a scandal when he was caught with paedophile literature.
Nick said Hayman, who died in 1992, was one of a group of men who raped him as a child.
He is satisfied police are taking his claims “extremely seriously”.
A statement by Scotland Yard said: “Our inquiries have revealed further information regarding possible homicide.
"Based on our current knowledge, this is the first time this information has been passed to the Met.”

Police are convinced witness is credible

Investigator Mark Conrad says: “Nick’s account of his decade-long abuse – the trafficking, sexual and physical assaults and murders – and revelations about the status of the men defied belief.
“Unlike many abuse survivors, Nick has gone on to have a ­successful life. He is intelligent, articulate and strong-minded.
“His accounts are uncomfortably detailed and consistent.
“In July, Exaro together with the Sunday People published a report on alleged abuse at Dolphin Square.
“Nick agreed to meet detectives, but he insisted that I attend. Like Exaro, the police regard Nick as credible.
"The Met duly launched Operation Midland, and an investigation into possible homicide.”
Read more on the investigation at the Exaro website HERE

Timeline of a scandal

November: Rochdale MP Simon Danczuk claims in Parliament the late Lib Dem Cyril Smith was a paedophile. The CPS concedes Smith should have been prosecuted.

December: The People is first to reveal the Met are investigating claims youngsters were abused in the 70s and 80s at Elm Guest House in Barnes, South East London. Part of Operation Fairbank, into claims of historic child sex abuse by VIPs.

January 2013: We reveal details of the guest-list at Elm House, with spies, politicians and pop stars. A boy abused by Smith tells his story. 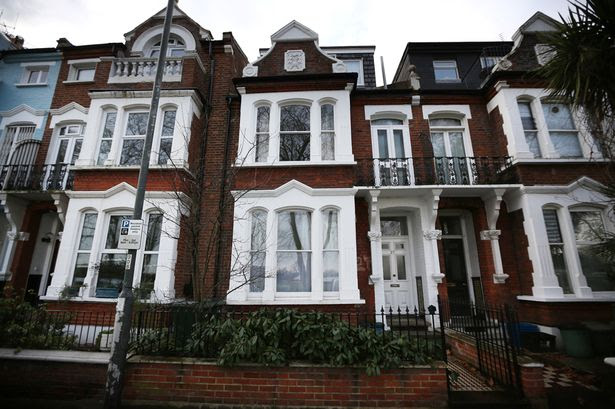 Horror: The site of the former Elm Guest House in Barnes

February: First to publish an interview with a victim of Elm. He tells how he was dressed as a fairy before being abused.

We reveal how a file on alleged VIP abuse compiled by the late Tory MP Geoffrey Dickens 30 years ago vanished from the Home Office.

September: A 69-year-old former headmaster arrested in connection with alleged sex abuse after People passes on information to police.

April: We tell how a former Elm worker claims he was raped there by an undercover police officer.
July: The disappearance from the Home Office of 114 files relating to historic child sex abuse, from 1979 to 1999, is revealed. Home Secretary Theresa May sets up inquiry into HO. Chairman Baroness Butler-Sloss forced to step down over actions of her late brother Lord Havers, attorney general in the 1980s.
October: Her replacement Fiona Woolf quits over links to Lord Brittan, Home Secretary in the 80s.
November: Met begins Operation Midland, on Dolphin Square claims.

Update:  Telegraph publishes story about the murder of two children by Westminster pedophiles which the Police covered up.  One the child of a Magistrate who disappeared outside Elm Guest House.  The other the son of the Chauffeur of the Australian High Commissioner. Relatives silenced by Police intimidation for years are coming forward  to find the VIP murderers of their children.