THE NORTH Wales Child Abuse Tribunal cleared freemasonry of any involvement in coveing-up child abuse.
But why did some fascinating information about the brotherhood never come to light?
Why did the Tribunal’s own leading counsel not declare that he was a mason?
And why was there no mention of a police lodge during the public hearings? 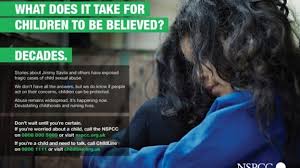 ANDREW MORAN, QC
Declared North Wales Police "a mason-free zone" but didn't answer a letter asking if he was a mason himself ...
In this opening address, he did an unusual thing.
He said none of these people “is” a freemason and did not add the usual rider “or has been” when dealing with masonic membership.
He therefore left open the question of whether any of these senior officers had ever been masons.
The Report of the Tribunal reported this statement with slightly different but highly significant wording:
“At the outset of the Inquiry Counsel for the North Wales Police stated, on the instructions of the Chief Constable, that none of the current or former senior officers from Assistant Chief Constable upwards during the period under review had been a freemason and that the same was true of the relevant Detective Chief Superintendents and Detective Superintendent Ackerley.”
(Ackerley was the Superintendent who headed the major child abuse police inquiry between 1991 and 1993.)
We wrote to Sir Ronald Waterhouse about how the word “is” had changed into “had been.”
He never answered the question.
During the public hearings of the Tribunal freemasonry was little discussed, as its report makes clear:
“Although this question was quite widely discussed in the press before the Tribunal’s hearings began very few questions were asked about it during our inquiry and most of them were put by the Chairman of the Tribunal to give appropriate witnesses an opportunity to affirm or deny any connection with freemasonry.”
Rebecca Television sent a list of all the male barristers who appeared before the Tribunal to the United Grand Lodge of England and asked how many of them were freemasons.
We also asked if the police assessor to the Tribunal, Sir Ronald Hadfield, and the retired police officers who made up the Tribunal’s witness interviewing team were masons.
A spokesman replied: “I’m afraid I am unable to give you the information you require."
"We would only do so if you were an official body making that request.”
When the Tribunal reported in 2000, its verdict was clear:
“Freemasonry had no impact on any of the police investigations and was not relevant to any other issue arising from our terms of reference.”
THE MOST important known mason who appeared before the Tribunal was retired North Wales Police Superintendent Gordon Anglesea.
Anglesea had won a libel action against journalists who wrongly accused him of abusing children.
“Anglesea was questioned also about his connection with Freemasonry,” said the Tribunal Report, “because of an underlying suggestion that there had been a ‘cover-up’ in his case."
"He disclosed that he had become a full member of Berwyn Lodge in Wrexham, in 1982, after being a probationer in a lodge at Colwyn Bay from about 1976.”
“He had then transferred to a new Wrexham lodge, Pegasus Lodge, in 1984 after a gap from April to September, because it offered an opportunity for swifter advance in freemasonry.”
The Tribunal Report then says he remained a member of the Pegasus Lodge despite a directive from the Chief Constable of the North Wales Police, David Owen, in September 1984.
This directive stated:
“We must be seen to be even-handed in the discharge of our office and my policy will be to say that if you have considered joining the Masons, think carefully about how that application might interfere with your primary duty.”
“To those who are Masons I would say that you should consider carefully how right it is to continue such membership."
"In the open society in which we live that openness must be seen by all and must not be an openness partially [clouded] by a secrecy where people could question true motivation.”
During cross-examination of Anglesea at the Tribunal, Tim King QC, representing former residents of children’s homes, asked him if Owen’s directive had upset or concerned him.
“Not whatsoever, sir,” replied Anglesea, “I read that order two or three times and it did not — I felt it did not affect my particular position.”