Stuart Hall  whom a UK paedophile loving judge  gave a mere 15 month sentence to for the rape of little girls is to be questioned over further child abuse allegation.

Former BBC sports presenter Stuart Hall who expected to be out in 6 months had his sentence increased by the Appeal Court  to 30 months. Now he can expect to be out in one year.

The UK Courts still do not  treat child rape as a serious crime especially if  the criminal is rich and or famous.


Stuart Hall is set to be questioned over fresh allegations of sexual assault after a woman complained that he had raped her, it was claimed today.
Lancashire Police confirmed that they had received 'further allegations' about the veteran broadcaster, who is currently in jail for indecent assault.
The new claims are said to have been made by a woman who told police that Hall, 83, repeatedly raped her when she was a teenager.
The former presenter of It's A Knockout was jailed for 15 months in June after he admitted 14 counts of indecent assault against girls as young as nine.
Following widespread outrage over the 'unduly lenient' prison term, Hall's sentence was doubled at the Court of Appeal.
A police spokesman said: 'We can confirm that we have received further allegations against Mr Hall and we are working closely with the Crown Prosecution Service to determine the most appropriate course of action. It remains an ongoing investigation.'
The latest allegations were made by a relative of friends of Hall, according to Sky News.
Hall, from Wilmslow, Cheshire, admitted 14 counts of indecent assault against girls aged between nine and 17 over a period of almost 20 years after initially denying the allegations.
When Hall's sentence was increased to 30 months, judges criticised his public denials of his victims' claims when he knew he was guilty.

Claims: Hall is alleged to have attacked a family friend of his when she was a teenager, according to reports 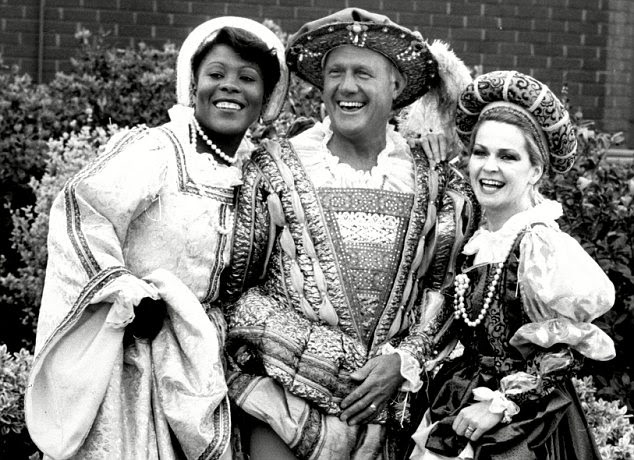 Host: Hall with Tessa Sanderson and Toyah Willcox during his days as presenter of It's A Knockout

Lord Judge said the court regarded his original denials - describing the claims against him as 'cruel, pernicious and spurious' in a statement made from the steps of a court - as a 'seriously aggravating' feature in the case.
He said that when Hall attacked his victims' claims, he knew the truth and, as an expert in the use of the media, was fully alert to the possible advantages of manipulating it. The case was referred to the Court of Appeal by Attorney General Dominic Grieve, who argued that Hall's sentence failed to adequately reflect the gravity of his offending and the public concern about such crimes.
In July, it emerged that police had received further allegations against Hall, including a claim that he raped a 12-year-old girl.
At least 17 women are said to be suing Hall, who has tried to pay off his victims in out-of-court settlements which have been derided as 'paltry'.

Also read this harrowing case  what a sick society the UK is  http://www.dailymail.co.uk/news/article-2432957/Teenage-paedophile-killed-10-month-old-baby-boy-abusing-cutlery.html
Posted by Act Now at 09:57