Andrea Davison who risked her life to expose arms to Iraq and paedophilia in England and Wales has been wrongly convicted  by the British Government. 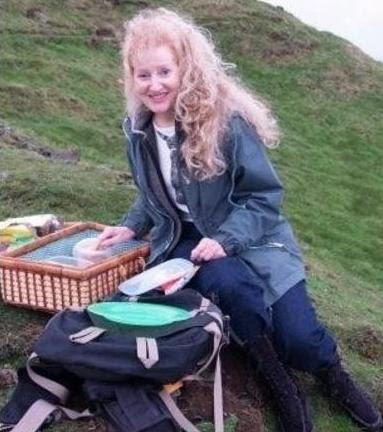 Like activists and whistle blowers before her  she was targeted by the State for political reasons. The State spent an estimated 1 millions pounds and 2.5 years pursuing an older  lady,  who even given what she was convicted of had harmed no-one at all.  She is believed to  have been providing intelligence to Julian Assanges network before she was arrested as the Mastermind in an international fraud  early January 2010.

Claiming Andrea  was  the Head of a criminal network  gave  the Derby Police,  headed by DC Stephen Winnard,   the excuse to search her home  in North Wales.   This was a ploy   to seize from her thousands of documents on arms to Iraq and Iran  and  documents which  name paedophiles in the police and the government.  They also wanted to silence  a   lady who, working secretly with the press,  had all but brought down the last Conservative Government.


Fearing Andrea may challenge the legality of their haul  of documents the Derby Police  obtained  a Restraint Order against   Andrea by  lying to a Judge that she was  the Mastermind  of the International Fraud.  This Restraint Order prevented her  paying for legal advise or assistance  and Legal Aid was refused. So from March 2010 until just before her trial in July 2012  Andrea was denied any legal  advise or assistance. This is strictly against the European Human Rights Law.  They even kept the Restraint Order in place following the trail and conviction of 13 of the real fraudsters in June 2011.   See full details f the fraudsters on this blog.
http://mandarainmaker.co.uk/wordpress/2011/08/05/boiler-room-scammers-get-jailed/
The fraud is on-going and the fraudsters are living openly  in Thailand, The Police  have not pursued or even  interviewed the men who are still engaged in this on-going  Fraud.

The prosecution Barrister Felicity Gerry who claims to be a Human Rights Barrister  was  brought in to set-up Andrea in collusion with  the  Derby Police officers.   It is believed that the Derby and Nottingham police blackmailed Gerry because of the Mark Kennedy  Ratcliff  power station case.

Gerry who knew that Mark Kennedy was an undercover cop lied to theCourt.  If it were not for  undercover cop Mark Stone/Kennedy  coming clean and admitting he had set up the Ratcliff  Power Station Activists then  all the innocent activists   would have been convicted and jailed.

Felicity Gerry  did not care what lies she told  to get the activists convicted because she was already embroiled  deeply in cover-ups  and easily blackmailed.   She lives in Bedford with her husband and three children and is said to be involved with paedophiles.  How much  senior officers in the  Derby police are involved with or support  her activities is unclear  but Gerry is often chosen to Defend paedophiles and prosecute activists and whistle blowers. She claims to be an expert of sex crimes. Well that says it all!

A body  was set-up to investigate  the Mark Kennedy affair  and her role .  Gerry then  lied to the commission saying she knew nothing about her witness Mark Kennedy  being an undercover cop.  If she had not lied she  would have been given a long   prison sentence.
So it was easy for the Derby Fraud Squad to blackmail Gerry into setting up the innocent older lady  Andrea Davison.

The Solicitors Garstangs  of London were appointed by the Court against Andrea's will  and they failed to call any of her defence witnesses or present her volumes evidence proving her innocence to the jury.  Important evidence to prove her innocence had been seized by the Police and they failed to make disclosure of this.   The jury were not told about the thousands of documents on arms to Iraq and evidence of a Paedophile ring  that were seized  by the police or the numerous Human Rights abuses Andrea had suffered at the hands of the Police and the State.

In August of the  year of her arrest in January 2010  her friend and neighbour  'spy in a bag'  Gareth Williams was murdered in London by the same people who may be  out to silence  Andrea.

Even after persecuting Andrea for nearly three years  they  could not find any evidence that she has caused anyone any loss, or had harmed anyone and there was no complainant.  For example one of the crimes she  received a 2 and a half year sentence for was stealing a passport from the passport office. This was her own passport which she paid for. The passport office had put a 6 instead of an O in her date of birth and she has  not complained.   How could a jury convict someone of theft for stealing their own passport?  they should have realised the police were clutching at straws and had no real evidence against her if they were forced  to charge her with stealing her own passport.

She is  now  seeking Political asylum  the same as Julian Assange  and believed to be  in  Ecuador  or in the Embassy.

I escaped Palestine to come to a country the world believes has a just and fair legal system only to find it is a country of deep hypocrisy where the innocent are set-up by the State who have endless resources to silence  those who tell the truth,