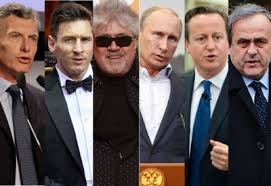 Main part of story by By Drew Schwartz
11.5 million leaked documents that detail the inner workings of Mossack Fonseca, a law firm accused of helping drug lords, sports stars, Ponzi schemers, kings, presidents, prime ministers, FIFA officials, mafia members, high-profile thieves, high-ranking politicians, and at least one convicted sex offender launder money, evade taxes, and escape criminal prosecution—are a big deal.
Mossack Fonseca has ties to the $37 million Brink's-MAT robbery of 1983, which British media called "the crime of the century."  The book 'GOTCHA'  by Pete Sawyer details some of  the 'business activities' of the Knights who worked hand in hand with the intelligence services.  The Knights were linked to Arthur Thompson  read 'the Last Godfather'

Thirty-three of its clients have been blacklisted by the US government for allegedly doing business with Mexican drug lords, terrorist organizations, and "rogue nations" like North Korea and Iran. Its files have unearthed a secret, shady $2 billion trail of money that leads to Vladimir Putin. One of its clients played a crucial role in the Watergate scandal. Another was convicted for the torture and murder of a US drug enforcement agent.
With a story this big—dubbed by Edward Snowden as "the biggest leak in the history of data journalism"—it can be difficult to understand exactly what's at stake. The Panama Papers are, unquestionably, insane. But what do they have to do with you?
If you live in one of the 200 countries and territories that Mossack Fonseca's clients call home—and, given the fact you're reading this article, you probably do—the story of the Panama Papers is your story. The money the law firm helps to hide should be used to pay for your schools, your highways, your hospitals. The criminals it works with run the most violent illegal organizations your country has ever seen. The politicians who have taken and made bribes, dodged taxes, and amassed fortunes of unimaginable scale are your politicians.
Not long after the story broke, people started posting tweets along the lines of: "Shock, horror: wealthy, powerful people are corrupt—why should I give a shit?" Well, because of course you should give a shit. To know this story—of hidden millions, of corruption, of murder and bribery and power and betrayal—is to know your own. Here's how the revelations came to be, and why you should care.

A little over a year ago, an anonymous source reached out to the German newspaperSüeddeutsche Zeitung (SZ) and offered it heaps of internal documents from Mossack Fonseca, which specializes in selling offshore companies based in tax havens across the globe. The source didn't ask for compensation. Instead, he wrote in an email to the paper that he wanted one thing: "To make these crimes public."
Over the next several months, SZ found themselves with about 2.6 terrabytes of data. The paper shared it with the International Consortium of Investigative Journalists(ICIJ), allowing hundreds of reporters from more than 100 media organizations in 80 countries to sift through the documents. After a year of research, those journalists finally began to figure out how Mossack Fonseca works—and to uncover how a business that's never faced criminal prosecution could have a bigger hand in corruption, bribery, and crime than anyone ever imagined.

Offshore companies aren't illegal—not inherently, anyway. But using them to hide assets from tax authorities, thwart investigations, and protect criminals is.
Here's how this whole mess of a situation works:
An individual, often through a middle-man he or she is close to, pays Mossack Fonseca to create a "shell company"—a business on paper, but in reality, a storehouse for a shit-ton of money, whether in cold hard cash or tied up in shares. Mossack Fonseca sets up the shell company offshore in a place like Panama (where the firm is based), the British Virgin Islands, or any other "tax haven"—a place where the true owners of a company can be anonymous and their home country (which, typically, doesn't know about the company in the first place) can't tax it.
Say a politician makes $100,000 per year as his or her salary, and for some reason—bribes, business deals, all manner of shady shit—also makes upward of $1 million in some other way. If he or she puts that money in an offshore shell company, he or she can access it without being taxed for it. Even if the shell company is discovered, it can't be tied directly to the politician because the company is technically owned by someone else—a stand-in owner who's appointed by Mossack Fonseca to run the company on paper, but, in reality, doesn't own anything. To move the money, the company pretends to make business deals: The Panama Papers reveal thousands of fake share trades, million-dollar payments for "consultancy," and huge payouts in "compensation" for canceled transactions.
"This is not business," money-laundering expert Andrew Mitchell QC told BBC Panorama. "This is creating the appearance of business in order to continually move and hide assets."

Meanwhile Julian Assange is encarcerated in one room for an allegation no-one believes  and Andrea Davison was defrauded by Lord Justice Simon or everything  she made and inherited in her lifetime.  Whilst Edward Snowdon is also forced to live in exile.
http://www.vice.com/read/why-you-should-care-about-panama-papers-mossack-fonseca

http://www.wired.com/2016/04/reporters-pulled-off-panama-papers-biggest-leak-whistleblower-history?utm_content=buffer0cbd2&utm_medium=social&utm_source=twitter.com&utm_campaign=buffer
Posted by Act Now at 15:10