Murder of Princess Diana. MI5 Annie Machon and the story stolen by the Yorkshire Police 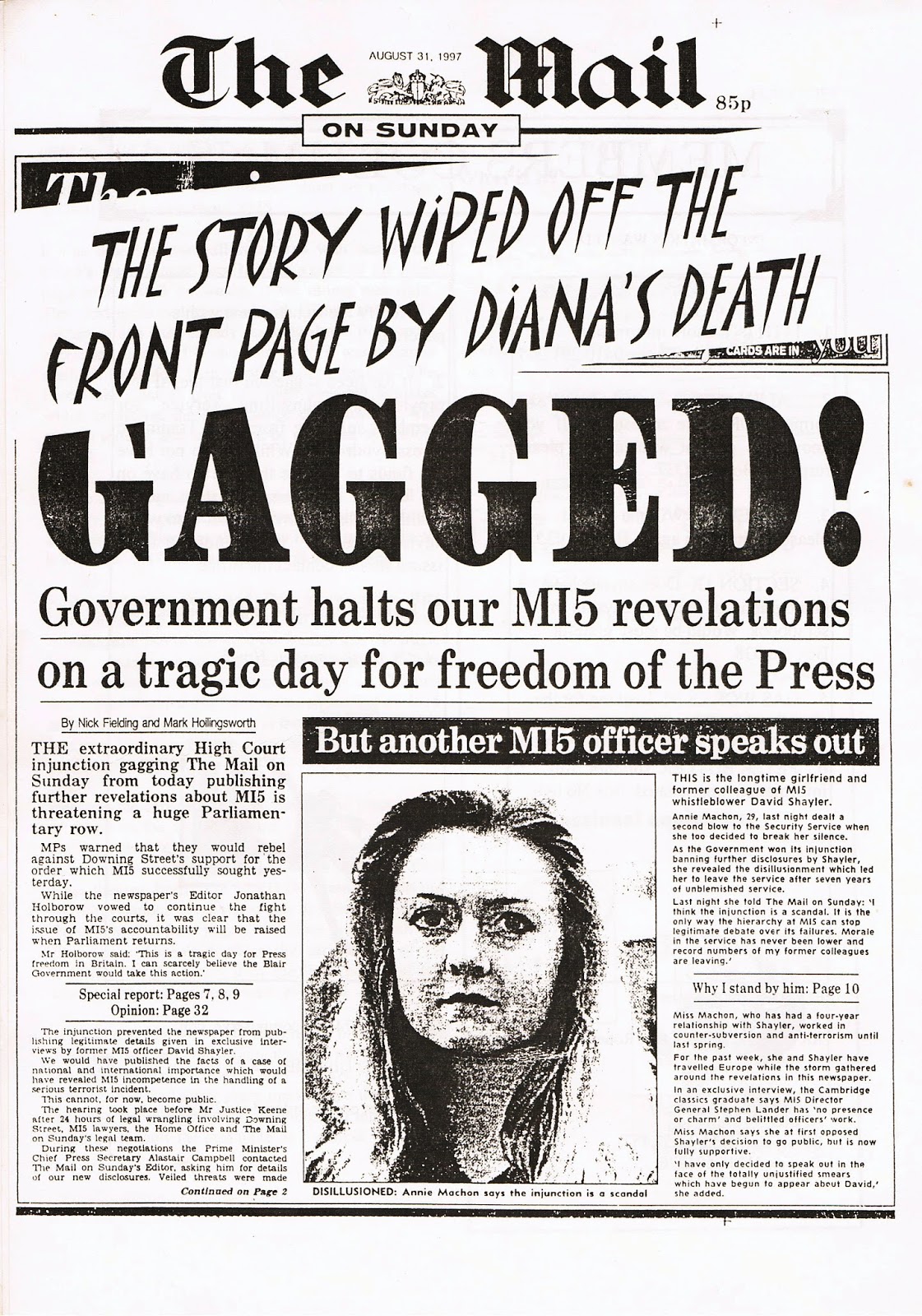 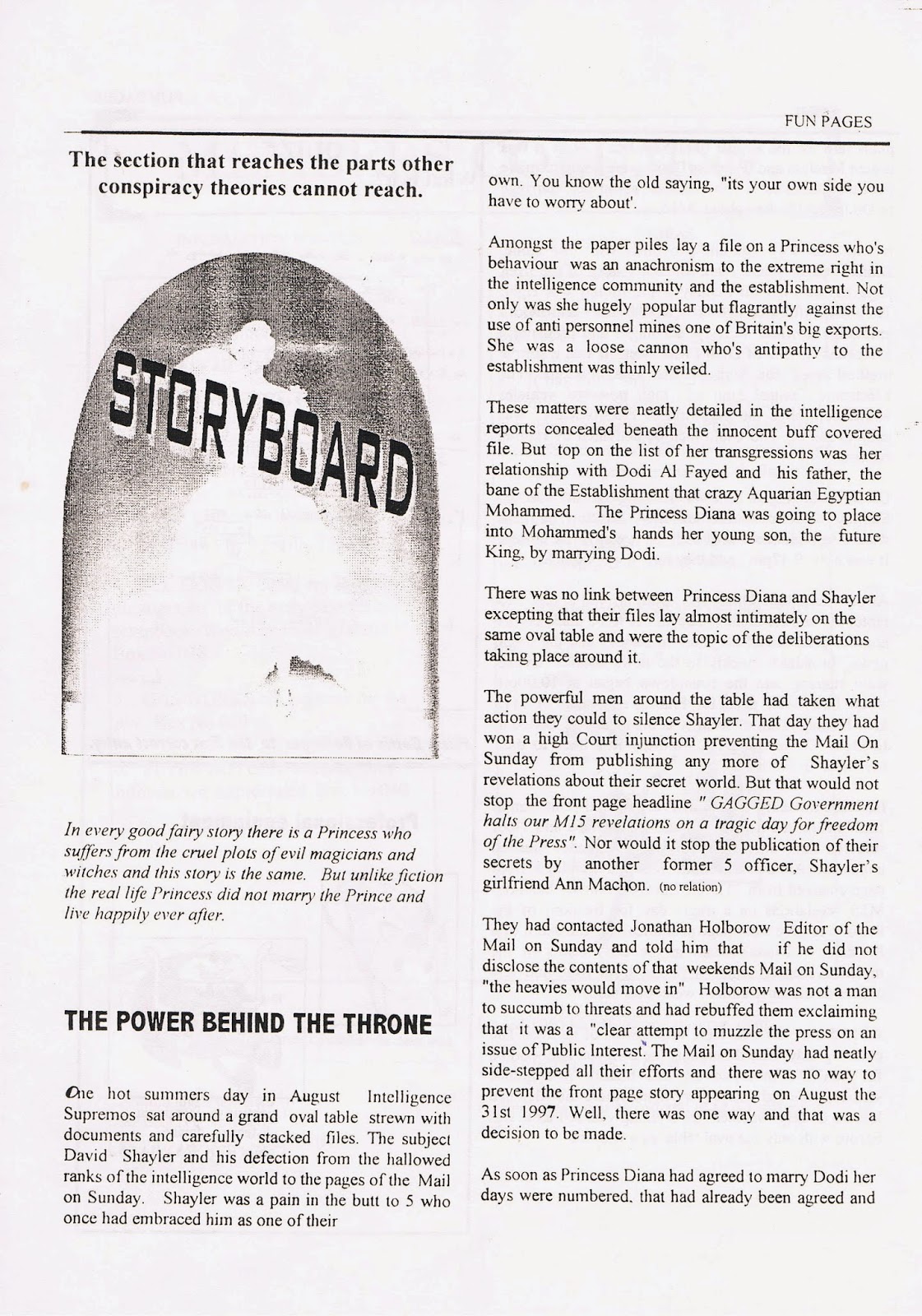 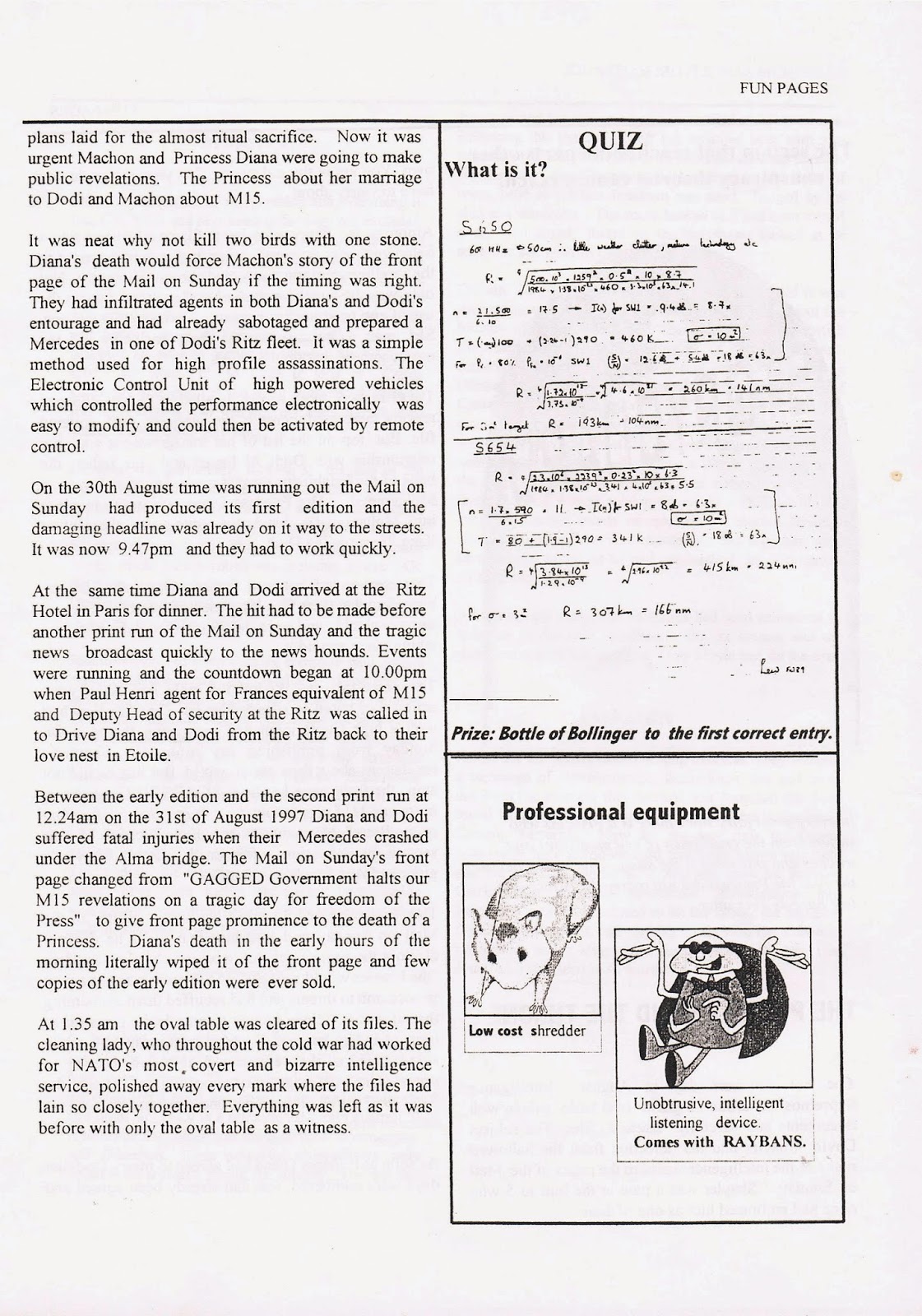 This story which had a limited distribution was first published in August 1997. The story was recently recovered  from the Police having been stolen  from North Wales by Mathew  Pike of Holyhead North Wales and his fellow thief Robert Ostler of St Albans. The thieves delivered the stolen documents to the  DC Craig Law of the Yorkshire police who claims a Court order under the proceeds of crime Act allows the police and CPS to retain all documents belonging to Andrea Davison.   More documents including a copy of the Dickens dossier naming VIP paedophiles are being held captive by Robert Ostler at Hammond Farm, St Albans, Herfordshire, United Kingdom, the Yorkshire police, the Manchester CPS  and their co-conspirators. Three chief constables are involved in their retention  and the DPCC.