Westminster Pedophile Ring evidence stolen to order, Police,CPS lawyers and Judges all in it together

So many knew about Child Sexual abuse and turned a blind eye. Then covered it up shredded documents and obfuscated the situation.

Then digging a deeper and deeper hole they stole CSA evidence, arresting and setting-up  whistle-blowers and victims.  To achieve their goals they even used plausible deniability foot-soldiers to do their dirty work, foot-soldiers  like Mathew Pike and Robert Ostler below.

Pike and Ostler stole, from secure storage, evidence and thousands of documents from Child Abuse Whistle-blower Andrea Davison after she was forced to flee the UK and seek Political Asylum In July 2012.  The  stolen  evidence and documents  would have blown the lid of the VIP child abuse scandal.

Back in January 2010  Derby Police under instructions from Chief Constable Mick Creedon.(The same Mick Creedon who protected pedophile Lord Greville Janner from prosecution in the 70's.)  and the notoriously corrupt North Wales Police raided Andrea Davison's Home.   They removed every document from the property including the Westminster pedophile evidence.  But after inspecting their haul of stolen documents they realized they had found mostly photocopies  and no videos or  tapes. But the photocopies were explosive so the hunt was on to locate and steal the originals and the videos and tapes.  Enter Pike and Ostler

Where this evidence now?

Helped by the Police Pike and Ostler  also stole two  of Andreas vehicles and thousands  of pounds worth of property  from Andrea and her friend.   Not satisfied with this and just to cause maximum grief and distress they also stole Andrea’s 10 year old cat ' Miss Kitty' and held her to ransom.

The Yorkshire and North Wales Police, Judge Nic Parry  together with the Crown Prosecution Service and the Courts supported  Pike and Ostler to keep both stolen vehicles,  a Land Rover  called Olive and an MGF Abingdon called Maggie.  The thieves were also allowed to keep  their haul of stolen property worth thousands of pounds. But where were the documents!

There was nothing Andrea could do faced with this conspiracy between the Police, the Prosecution Service and the Courts. Andreas legal team demanded the return of the Vehicles  and contents  and asked the Court for an Order.

Robert Ostler through his Police handlers  said  he had placed everything he had taken into the back of the Land Rover including the documents. As for the stolen  MGF  Mathew Pike  through his police handlers told the court it had been scrapped and so it was not possible to return it.  The Police and Court were very happy Pike had stolen Andreas MGF  and had it illegally scrapped.  And we thought it was a  source of major crime to scrap  vehicles without documents or ownership. Apparently not!.

In February 2015  a Judge was forced to Order that the stolen Land Rover  be returned to Andrea.  But the Police and the Thieves refused to say where it was  being kept except that it was in St Albans. They also refused to return the keys. When it was stolen it was taxed, tested and insured   and had just had a new set of wheels and tyres.

Eventually Yorkshire Detective  Craig Law , whose name turns up in the Hillsborough inquiry, admitted it was an Hammonds Farm in St Albans but refused to say more. So the Hunt was on for the Land Rover  and the missing evidence.   Enter the redoubtable Ian Puddick  a veteran campaigner against Police corruption.

Ian scoured Hammonds  Farm looking for the stolen Land  Rover  and contents.  After many hours of searching he eventually found Olive.   She had been stripped and trashed  and all the valuable contents  were missing.  The prosecution never the less have valued the Land Rover  at nearly  three thousands  pounds and expect Andrea to sell it for this amount and give the money to the Police under the  proceeds of crime act.  You could not make it up! 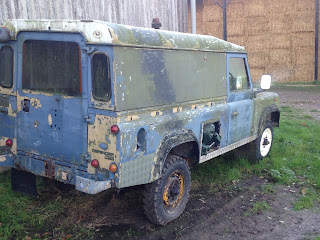 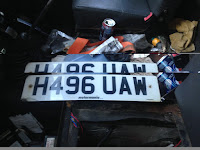 Following the Court Order  to return the Land Rover Andrea's  legal team  received a remarkable scan from Andrew West of the Crown Prosecution service. The scan showed that evidence and documents were in the hands of Crown Prosecutor Andrew West. The Thieves had given the evidence and documents  to their Police Handlers who in turn were working with corrupt Prosecutors and Judges.

So what did Police and Crown Prosecution and Crown Court Judges arrange to be stolen from Andrea Davison?  This is a short  list:-

b)    Geoffrey Dickens file contained  correspondence with Geoffrey Dickens on NI terrorism, Gladdio   and child exploitation. Contemporaneous notes and documents this file included all or part of the so called ‘missing’ Dickens dossiers’

c)     Project Babylon and the select committee notes and correspondence. Much which has never been made public.

d)    Legal file of  Andrea's friend concerning the property seized from him by the Police in January 2010 and not returned. Included lists and receipts for his Gold Jewelery plus his Rolex and Brieitling watches siezed by the police. (Although not interviewed , arrested or  charged the police and corrupt prosecutors  retain his property) Privileged letters from his solicitors.

e)   Andrea Davison’s legal file including privileged letters from her solicitors about the on-going case. Evidence to assist with an appeal.

f)      Gerald Kaufman, Neil Kinnock and Alan Rogers files including correspondence. Planning concerning the exposure of arms to Iraq before this became public. Meetings and intelligence reports. Including meetings with customs.

g)    Scott Inquiry file. Containing letters to and from Sir Richard Scott’s Inquiry office. Copies of evidence presented to the Inquiry. Secret communications with customs and intelligence reports. All documents following the exposure of arms to Iraq. Meetings contemporaneous notes.

h)    Children in Care file. Care Homes Approved Schools, Borstals and Remand Homes. Kincora, Islington, Lambeth etc. Investigation into the systematic abuse and trafficking of children in care.  It also included interviews with victims of abuse and copies of affidavits from victims of child abuse. Details of the investigation into the profitable child sex trade industry. Intelligence on Dolphin Square and the Westminster Paedophile Ring and PIE

i)       Various files with company headings such as Seacomsar concerning covert arms shipments and terrorism original documents and copies.

k)     Security and intelligence and customs files including reports.

m) Journalistic material in several files when Andrea was  researching/contributing to Scallywag, Spiked and Business Age magazines and producing a restricted magazine  which was distributed to MP’s.. Plus material gathered, work and unfinished manuscript.

Some of the stolen documents  was  correspondence between Andrea,  Davith Wigley MP  and the Home Office.  The details of these letters was kept secret  and held by the Cabinet office in their secret child abuse files. These secret files were only recently forced into the open  following  'The Sun's ' campaign  to get the Cabinet Office to admit they had them

Below is a selection of documents stolen to order and send by CPS Barrister Andrew West to Andrea’s legal team. Thousands of other documents plus taped, and video evidence and data has been withheld under using the deception of Proceeds of Crime Act to protect VIP paedophiles. 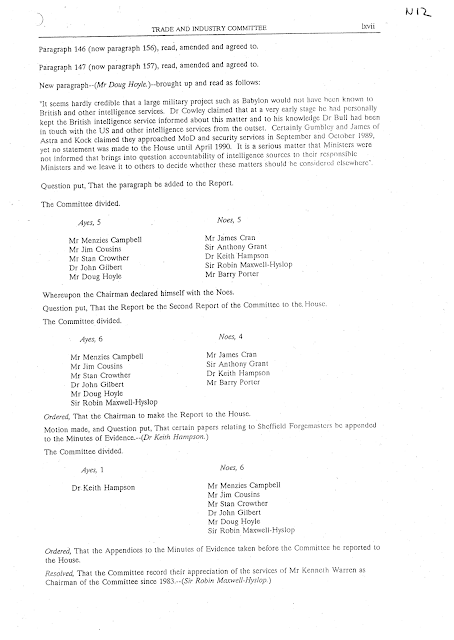 Corruption in courts from the highest to the lowest is now endemic. Legal process used for elitist club.