Well the BBC have excelled themselves! Panorama, now renamed Pedorama arranged interviews with leading CSA campaigners and survivors Chris Fay, Andrea Davison and Bill Maloney with the sole purpose of discrediting them and debunking Establishment pedophilia. Panorama then moved on to interview some very vulnerable survivors of the Westminster Pedophile ring with the same purpose. 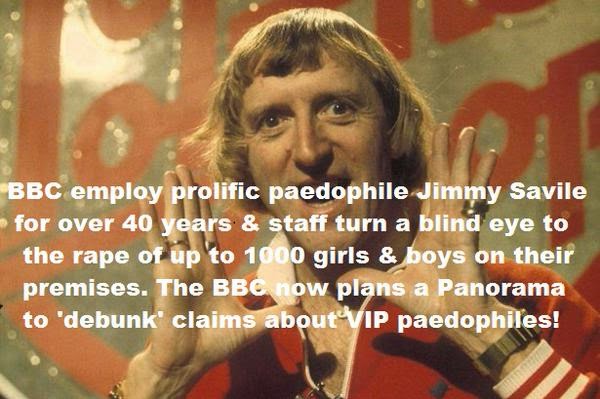 Who to present this character assassination and CSA cover-up program?  Enter  well known child abuse debunker David Aaronovitch from the Times. Aaronovitch has been on the campaign trail with his friend David Rose from the Mail to discredit child abuse for decades.  Their friend Richard  Webster  wrote a book "the Secret of Bryn Estyn, the Making of a modern Witch Hunt" . The book claimed the North wales child abuse scandal was all just a fantasy made up by delinquents.

The other members of the stitch up team includes  freelance Journalist Daniel Foggo and one Alistair Jackson.   Foggo is known to hang around with a seedy character journalist Carl Fellstrom. Both Foggo and Fellstrom share dubious Police contacts whom they illegally pay for information.

Daniel Foggo lived in Pimlico as a child, close to Sir  Peter Morrison Thatchers PPS  and MP for Chester who was a prolific pedophile. Pimlico as readers may know is close to Dolphin Square  where children were raped and murdered by VIP pedophiles.


The BBC is a State propaganda media empire, where staff are vetted by MI5. The British public are forced to pay  the wages of pedophiles  and child procurers for the elite, like BBC star Sir Jimmy Savile OBE.

But not everyone at the BBC loves pedophiles or wants to help the BBC continue to exploit and abuse children.  But the cost of whistle-blowing can be high.

Merion Jones ex BBC Panorama  was interviewed by @radionz 23/3/15 about the cost of whistleblowing he said :-

"The concealment of abuse by the administration of an institution (i) hangs a 'pedophiles welcome' sign on its gates and (ii) provides a weapon for paedophiles remaining within the institution, to hold to the head of the management should they ever be discovered. 'Gaze aversion' is what most institutions want." ‘

According to Pedorama  the Westminster Pedophile Ring  is all bunkum made up by crazy people  and fraudsters. The BBC are being assisted by bloggers  like Anna Racoon  and her Jimmy Savile fan club. Raccon alias Nundy, alias Blakie  has for years  hounded Andrea Davison and Chris Fay and debunked VIP child abuse  together with her friend on the Daily Mail David Rose.  Now here is a connection Anna Racoon, Daniel Foggo and Carl Fellstrom  are all friends with  David Rose, Well as much as professional child abuse debunker's can be friends. Maybe they are just part of the same coven or same lodge  who knows?

Fellstrom lives in Nottingham and is friendly with Chief Constable Chris Eyre, who helped set-up CSA whistle-blower Melanie Shaw and friendly with the Chief Constable of Derby Mick Creedon who helped set-up whistle-blower Andrea Davison.  The same Creedon who is now famous for his protection of  Lord Janner from arrest and prosecution for child sexual abuse in the 80's

Derby area  surfaces again  with the new arrivals  on the  discrediting scene  spouting vitriolic hatred and nonsense. They are  Derby resident Gordon Bowden supported by a hapless Louise Collins, Then we have  Ozzy based Eric Hardcastle and someone calling himself Father Jack.  You can find these miscreants mentioned on twitter. They join  Panorama to discredit the people who  through their sacrifices  made child abuse headline news.

Jill Dando Murdered by the State to keep lid on BBC pedophiles http://google-law.blogspot.com/2013/07/jill-dando-murdered-by-state-to-keep.html
Posted by Act Now at 08:01