In 1982, early in his political career and before he was an MP, Keith Vaz was Labour’s prospective parliamentary candidate for Richmond & Barnes, as well as being Solicitor for Richmond Council.
Elm Guest House on Rocks Lane, Barnes, was at the centre of a paedophile ring in 1982. Boys from Richmond Council-run care homes such as Grafton Close were supplied to Elm Guest House to be abused by VIPs.
As Labour’s prospective parliamentary candidate, you would expect Keith Vaz to have spent a lot of time talking to local residents and asking them about their concerns. Local people had a good idea of what went on at Elm Guest House, as we can see from this extract from a book by Jilly Cooper, a Barnes resident at the time, about conversations she had whilst walking on Barnes Common: 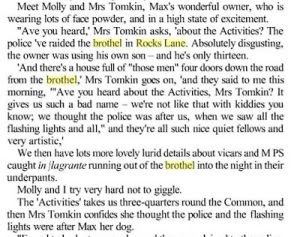 I asked Keith Vaz on twitter if he remembered hearing anything about Elm Guest House at the time: 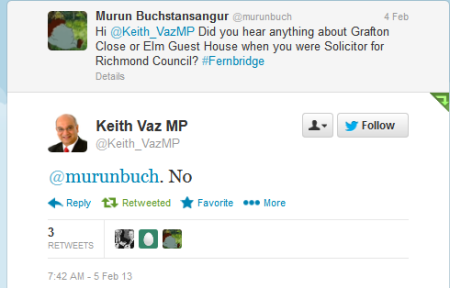 This is odd, because I would have thought Labour voters and other residents would have complained to him about the badly kept secret of what Elm Guest House was really used for. I’m also surprised there weren’t rumours amongst Richmond Council staff. Keith Vaz did seem to be very well informed about crime on Barnes Common, as this article from  a July 1982 edition of Richmond & Barnes Times shows. 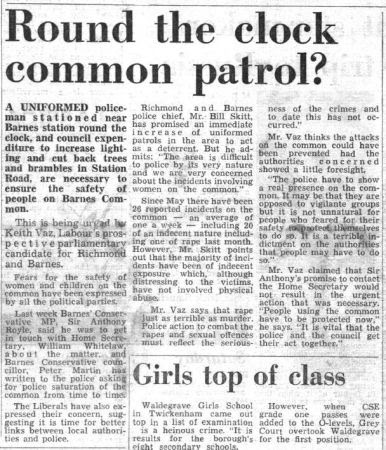 Rocks Lane, where Elm Guest House paedophile ring was based, runs through the middle of Barnes Common, where the indecent assaults were happening. It’s very strange indeed that Keith Vaz was aware of one but not the other.

Added to that, Elm Guest House was widely reported for 10 days in 1982 before the cover-up kicked in. Surely this would have led Keith Vaz to ask questions about what was going on in his prospective constituency?
The whole of Westminster in 1982 would have known about Elm Guest House, and the stories would have been passed down through the years to our current set of MPs. It’s about time this collective amnesia stopped, and individual MPs start speaking up about what they knew.

Thank you to spotlightonabuse
Posted by Act Now at 09:12