How did the Waterhouse inquiry protect paedophile Masons and Police and Judges  easy appoint a fellow Mason Gerald Elias QC to lead the Inquiry team.


In 2004, Rhodri Morgan, the First Minister of the Welsh Assembly, said that he blocked Gerard Elias' appointment to counsel general because of links to hunting and freemasonry.

The Tales of the three Barristers
.

Two flourished — they became QCs. One has been honoured by the Queen, the other has made his name in major public inquiries.

Both are members of an important legal lodge in Wales.

The third prospered but was never made a QC. He believes this was because he refused to join the lodge.
He took his fight to the European Court of Human Rights but failed.
IT’S 1973. For five years Roger Everest has been a barrister at the chambers at 34 Park Place in Cardiff.
Everest is invited by his clerk Ken Gorman to join a new masonic lodge that’s being set up. It’s to be called Dinas Llandaf.
One of the founders of the lodge, Eifion Morgans, is a barrister who will later become head of chambers at 34 Park Place. Morgans is already a past master of another Cardiff lodge, Shir Gar. 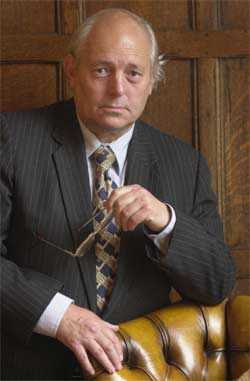 ROGER EVEREST
The barrister believes his decision not to join a masonic lodge prevented him from being appointed a QC.
Another founder is solicitor Sir Norman Lloyd-Edwards who had been a Tory councillor in Cardiff for many years.
Today he’s the Grand Master of the masonic province of South Wales. He stepped into that role in 2008 just as he retired from being the Queen’s man – Lord Lieutenant – in South Glamorgan.
Other well-known Tory members of the lodge have included Stefan Terlezki, MP for Cardiff West between 1983 and 1987 and Gwilym Jones, MP for Cardiff North and a junior minister in the Welsh Office from 1992 to 1997.
Everest decided not to join Dinas Llandaf. Ken Gorman warned him his advancement at the Bar would be affected.
Two other members of the chambers were happy to join the lodge. They were Winston Roddick and Gerard Elias.
When Dinas Llandaf opened for business the first master was the solicitor and Cardiff Tory councillor Julius Hermer.
In 1984 Gerald Elias was made a Queen’s Counsel – a promotion to the inner circle of barristers allowing the letters QC to be added after his name.
It’s called “taking silk” after the material in the gown a QC wears in court. Being a QC opens the way for a barrister to become a judge and with it the eventual possibility of a knighthood.
Roger Everest couldn’t help noticing that there was a masonic connection in Elias’ appointment.
The man who had an important say in appointing QCs in Wales, Mr Justice Leonard, was then presiding judge of the Wales and Chester circuit.
Elias’ appointment was made by the Queen on the advice of Lord Hailsham, then Lord Chancellor, but on the recommendation of the Presiding Judge of the circuit.
Mr Justice Leonard was a mason.
(He was also infamous as the judge in the 1987 Ealing vicarage case where he handed down shorter sentences for rape than for aggravated burglary.)
Two years later, in 1986, it was the turn of Winston Roddick to “take silk”.
Elias and Roddick are well-respected advocates who would no doubt have been awarded silk without any masonic connections.
However, Roger Everest claims that Eifion Morgans, who died in 1987, told him that their advancement was made easier by the fact the two barristers had met Leonard at masonic functions.
Roddick became master of Dinas Llandaf in 1983 and was followed a year later by Elias. 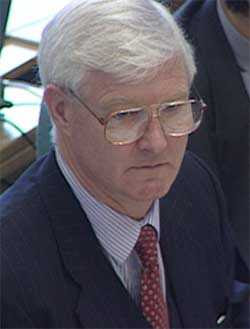 GERARD ELIAS QC
Did his membership of Dinas Llandaf accelerate his appointment as a QC?
In 1997 Elias was appointed lead counsel to the North Wales Child Abuse Tribunal.
A year later Winston Roddick was appointed Counsel General to the National Assembly for Wales.
On his appointment, he resigned from freemasonry and has never rejoined.
In 2003, when Roddick’s term of office came to an end, Roger Everest was intrigued to note that the man nominated for the £140,000 a year job by the Civil Service Commissioners in London was … Gerard Elias QC.
However, First Minister Rhodri Morgan, a Labour politician with an ardent anti-masonic reputation, put his foot down.
Morgan said “I did not register any over-riding objection to the shortlist, although I did comment on the fact that one candidate, subsequently recommended for appointment by the panel, was a prominent freemason.”
“I was, however, prepared to waive my concern on this issue, noting that the candidate was prepared to resign from the freemasonry, as did the previous general counsel on appointment.”
“When the permanent secretary advised me of the recommendation from the panel and I read the full papers, I became aware of information not previously available to me that the recommended candidate was also a board member of the Independent Supervisory Authority for Hunting.”
Elias had joined the board of the Independent Supervisory Authority for Hunting ISAH. Another member of ISAH was Sir Ronald Waterhouse, the former High Court judge who chaired the North Wales Child Abuse Tribunal of which Elias was leading counsel.
The First Minister vetoed the appointment because “I judged that the legal advice of a Counsel General prominently associated with these two controversial issues would not carry the necessary stamp of untramelled authority throughout the Assembly.” 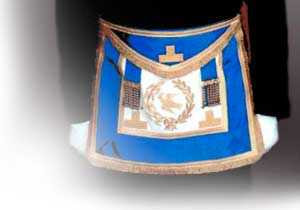 DINAS LLANDAF, Lodge No 8512
THE LODGE meets five times a year in Cardiff. The entry in the 2009-10 South Wales provincial yearbook names 34 of the current membership of 40. They are:
S R Adam • A A Attard • F G Bottarini • G Bull • D Davies • J A Davies • G Elias, QC • B M Etherington • S Evans • K T Flynn, OBE • F A Green • P M M Grimson • J Hermer • E Howells • P S R Jamison • F A Jones • G A Jones • Gwilyn H Jones • G J Jones • M S Lewis • K P Malloy • P R Marshall, OBE • W G D Morgan • P A L Mount • N H B Payne • P G Powell • J W Reed • Neil J Richards • J W Richards • N J Richards • J S Sidoli • C M Williams • P M Williams, OBE • C E Yandell
Elias hit back saying he had never been to a hunt and had joined ISAH because of his disciplinary expertise in cricket. He had offered to resign from the organisation – and freemasonry – if it was felt there was any conflict of interest.
He denied that he was a “prominent” freemason and said he had not been an active mason for seven years.
This statement was made in March 2004. This suggests that he gave up being an active mason in 1997, the year when the public hearings of the North Wales Child Abuse Tribunal began.
Rebecca Television checked the Dinas Llandaf entries in the provincial yearbooks. In every year Elias is shown as a subscribing past master of the lodge which meant that he continued to pay his dues and remained a mason. He is still listed in the 2009-10 edition.
Elias accepted the First Minister’s decision to veto his appointment but added: “Whether … the First Minister’s personal objections to my appointment are proper considerations, either as a matter of public law, or even as a matter of fairness and justice to a candidate, I leave for others to judge.”
Roger Everest tried to take his case to the European Court of Human Rights but the Secretariat refused to hear it.
Rebecca Television e-mailed Gerard Elias about Everest’s claims. He did not reply.
We asked Rhodri Morgan to comment. He told us he didn’t want to talk about the issue.