A Churchwarden, a QC, G4S and a Dangerous Woman

Last Month  by Papal decree Pope Francis approves measures to sack bishops who mishandle child sexual abuse cases. So what is the Church of England doing to tackle those who abuse their office? Just last year Justin Welby spoke about bringing in similar measures so the non clergy in the Church of England have to abide by the same rules as the ordained members of the church.

Let's take a peek at the curious case of a Churchwarden, a Queens Council and London’s Most Dangerous Woman.

Farah Damji is without doubt a fascinating and sexy lady who has had a string of interesting affairs which led her to being titled ‘dangerous’. Her autobiography published in 2009 describes the truth "as a pre-agreed set of lies."  Farah was convicted yesterday of telling lies about sex and the Church of England. 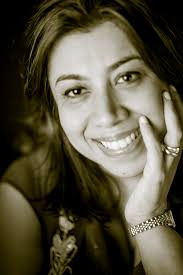 So what is the truth in the sordid case  which unfolded  at Court 6 in front of HHJ Lamb QC?
The Bishop of Southwark has sent a note taker to record the proceedings every day and  the Church of England and its attitude to vulnerable women and children was part of the sorry tale as it emerged.

Dangerous women and dangerous liaisons are the stuff of fantasy and men are attracted to them like moths to flame.

We could not speak to Farah Damji because she has been sent to jail  for sentencing in August.   Before this we could not talk to her because unbelievably her bail conditions prevented her from discussing the public trial which lasted 5 weeks.   So the only person unable to talk about the trial was the defendant!  Well doesn’t that ring alarms bells right from the start?

Farah was in the process of writing a second book called The Women versus the State  about the discrimination against women in the criminal justice System. The forward was by Mr Turner QC.

Yes something strange happened  in Kingston upon Thames Crown Court.   The Femme Fatal was on trial for harassment of a Churchwarden she met on a dating site in March 2013 .

According to testimony the married father of five, Church Warden Dan Poulson admitted he had had received consensual oral sex from Farah but denied an affair. Lurid details of his extra marital dating-site activities dripped reluctantly from the stand.

The Defence argued that the complainant had used dating sites to lure women and one of those women was Farah.

Apparently Dan Poulson got more than he could handle when he lured the charismatic Farah Damji to meet him.     Farah’s evidence is that she had an affair with the philanderer which ended acrimoniously.  During the affair the Churchwarden disclosed to Farah he had access to the local women's refuge and homeless shelter as part of his duties as a churchwarden. In order to protect these vulnerable women Farah warned appropriate people.

Vulnerable women and children should be protected from sex pests by the Police.  As far as Dan Poulson’s extra martial affairs go men break their marriage vows every-day, normally they do not victimize their partners in adultery or seek to a grandstand such as a Court to disclose the lurid details.    But Dan being a gentleman and a scholar made a complaint to the police where he appears to have friends in high places like Metropolitan Police Commander Simon Bray.
So what happens when a churchwarden makes a claim of harassment against his former lover.  The lady is arrested and thrown into jail. Charged and refused bail.  All very troubling.
And please someone tell me how in hell did this end up in Crown Court costing the tax payer £500,000 or more and a five week trial. When we have war criminals like Tony Blair walking free and making speeches.

This is not a ‘bunny boiler’ case , Farah claims she uncovered the Churchwarden being predatory with a number of vulnerable women and it was she who lost interest in the affair and the man.   Given Farah’s flamboyant past it is easy to believe she lost interest.

The other issue Farah complained about was corruption in the Private prison service G4S and SERCO. Many people who complain about this cash cow for friends of the Government seem to end up in jail on one pretext or another.

Farah’s organisation  KAZURI for women offenders  was a preferred organisation supported by the Criminal Bar Association,

Enter the eminent   Michael Turner QC, also known as the Devil's Advocate given some of the unpopular cases he has defended. He believes Jeremy Bamber is innocent and MTQC as he's known to his mates has been something of a thorn in the side of the Establishment as a great defence Barrister.  In a dark twist to this tale he is appearing for the Prosecution.

According to Michael Turner, former Chairman of the Criminal Bar Association, Farah, Dan Poulson and he were all close friends. Sharing the odd bottle of wine or 4 and being very pally. Indeed they could be seen together many a night at Michael Turner QC’s favourite haunt Cooper's Wine Bar in Lincolns Inn Fields.

In a bizarre chain of questions by the CPS Barrister, Robin Griffiths of Dr Johnson's Buildings, Mr Turner was asked to confirm whether he had "killed" an aggressive story in the Sunday Times about Mr Poulson's company and whether he had ever considered having an affair with the defendant, although he is married.

He denied sending an MMS message he was shown to the defendant about this alleged meeting with a journalist. He denied both questions. He was then asked "to the best of his knowledge" whether any of his family had worked for the defendant or any related company.

He was shown a series of emails which seemed to confirm that his daughter had indeed worked for the defendant's social enterprise and that she was setting up a separate small works company called Up Rise and Shine, for women to access work within property and construction. He continued to deny this claiming to have a very close relationship with his daughter and that he would have known about this arrangement which counsel for the defence put forward as a voluntary agreement.
Why the sideshow and what does it have to do with the alleged stalking and harassment of the churchwarden?

The way this trial went you would think that at the very least someone had been murdered. But I remind the reader this is about a lady harassing a Churchwarden by...err ....saying things which appear to be true.  As every Hack knows if it’s true you can say it. OK libel trials happen over truth. Remember government minister Johnathan Aitken and his ‘sword of truth’. Winning a libel action and later going to jail for perjury.

But this is not how this trial ended Farah Damji has been convicted of harassing the Churchwarden
This whole trial, whist interesting to the beholder and a good story was a monumental waste of Police, Court and Prosecution resources ie your money. Half a million cool quid has been spent on this prosecution since Jan 2013.

So is Farah Damji a target of the State and the Church for exposing wrong doing and safeguarding issues or a by-product of a bid to discredit Michael Turner QC and remove a notorious thorn in the establishment's side?  Or is it G4S who have made sure a critic of theirs is at their mercy or could it be very dangerous for Dan Poulton and the Church to have Farah talking nonsense about them?  If so a libel trial would have been more fitting.Whatever someone other then the taxpayers should foot the bill for  this monumental waste of money.

Update:  Farah Damji has been given the maximum sentence allowed for in  the new Stalking law FIVE YEARS prison.  5 yrs?  Most people convicted of stalking get community service  but of course most stalkers are MEN.  Of course as Farah could have told us, if she were allowed to speak, woman are treated severely and unfairly  by the UK court system.  Stay safe Farah