Children at risk from Blue Peter and MI5! No this is not a joke article and cardboard tubes are not required. 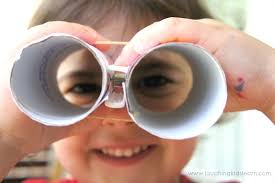 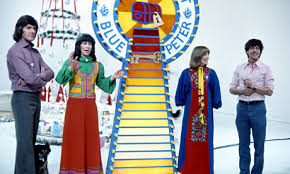 MI5 (the anachronim for the British Security service) has launched a new offensive against children in the UK. Together with its pedophile loving colleague the UK State Propaganda machine the BBC

In a parody of 'Jim'll FIX IT' MI5 have teamed up with the legendary kids series Blue Peter in a charm offensive effort to recruit children as spies and indoctrinate them. All paid for from the Public purse.

The program will not feature the use by MI5 of children from State Care Homes used as sex slaves in order to Blackmail politicians and diplomats.

Both the BBC and MI5 are embroiled in the child sexual abuse scandal they both protected VIP pedophiles for decades. They have worked together since the BBC began its propaganda and psychological warfare work in the 1920's


The BBC is established under a Royal Charter ( there is that word again Royal) and operates under its Agreement with the Secretary of State for Culture, Media and Sport. Its work is funded principally by an annual television licence fee which is charged and extorted from all British households, companies, and organisations using any type of equipment to receive or record live television broadcasts.

The Torygraph reports that:-
Security service MI5 is taking on an unlikely ally by teaming up with long-running children's show Blue Peter - on a mission to find viewers with the skills to be spies.


The BBC programme is launching Project Petra which will enable a number of candidates to be put through their paces in a rigorous selection procedure with mental and physical challenges.


Three will be chosen and allowed to tour MI5's HQ in London, Thames House, and their visit will be filmed by the CBBC show - the first time TV cameras have been allowed in to the top secret building.


Bestselling author Anthony Horowitz, who has written the Alex Rider series of books about a teenage agent, is on the selection panel to find CBBC Intelligence Officers.


Viewers of the CBBC programme, aged between eight and 14, will apply through the Blue Peter website and eight will be chosen to attend a "spy school" weekend where their observational and analytical skills will be tested, as well as their physical abilities.

Horowitz - also the writer of ITV's soon-to-end series Foyle's War about the secret service - said "Children are fascinated by the world of spies and secret intelligence and so, for that matter, am I. I'm really thrilled to have been invited to join this top secret panel, it's going to be a real adventure."

The contest, named after one of the show's early pets, will be launched on tonight's edition of Blue Peter with application forms on the website at http://www.bbc.co.uk/cbbc/shows/blue-peter
.
http://www.telegraph.co.uk/news/uknews/11347111/MI5-teams-up-with-Blue-Peter-to-send-viewers-to-spy-school.html