The Metropolitan Police now investigating the Paedophile Ring exposed by Tom Watson MP are investigating  claims  of a cover-up against its own officers.
Back in 1982 the brothel in Elm Guest house London was in full swing expensive cars would draw up and parties of senior conservative politicians would  alight to spend the night sexually abusing  children procured from local children’s homes.
Together with the Tory Elite would be the odd Labour and Lib Dem MP and Judges from the High Courts of Justice.
Local residents began to complain because of the age of the children seen going in and out and the fleets of expensive cars visiting the Guest House
A neighbour said “in the early 80’s a police van used to be parked outside a nearby house, the police were watching people coming and going”
Then one dark night a police raid took place and they discovered two senior Police Officers along with the Tory Politicians and Judges.
Records show that back in 1982 the police had raided the guest house, and established it was being used as a brother for paedophiles.
So what did the Met do everything they could to cover it up and enable the further abuse of innocent children from children’s. The Police themselves actively aided and abetted the procurers. The Met are now investigating  which top police officers  closed down the investigation and authorised the cover-up. 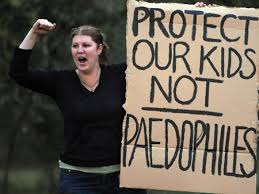 Police were again told about the paedophile ring in 2003 and told that children were procured from care homes to work at the guest house that operated as a brothel and was frequented by ex government ministers.  The concern was raised by a Council Official.
He complained to the police first in 2003 but the police did nothing. He then complained to the IPCC but surprise after waiting two years they dismissed his complaint that the police had not properly investigated the complaints about the Tory Paedophile Ring and the procurement of vulnerable children.
Bringing us up to date we now have a new investigation headed by Detective Chief Inspector Settle Code named ‘Operation Fairbank’   who has the unfortunate job of now trying to cover up the Police involvement in the paedophile ring.
DCI Settle has already concluded that the  1980’s investigation was curtailed improperly and that the Council official was right and that by the nature of these facts the IPCC is did not act in any independent way.
In fact  the Police  did everything to allow the abuse to continue. Children continued being supplied to  senior Conservative Politicians and Senior Police Officers.
All over the United Kingdom little pieces are being re-investigated in the hope that it will not be put together.  What they desperately want to hide is the extent of the paedophile ring  and the expose of a huge conspiracy  to provide  children for an elite paedophile ring consisting of Senior Politicians. Police Officers and Judges  for decades.
The cover-up of this horrifying and systematic child abuse which has lead to  scores of prosecutions  against  whistle blowers and  victims but rarely the actual abusers.
Not one senior Politician or  Judge has yet to be questioned let alone arrested. What does that tell us all?  As for the Police Officers  found  cavorting with the  paedophile guests we are now told they  might have been undercover using false  names - well I guess one day we may  get to hear the truth!    read more http://www.independent.co.uk/news/uk/crime/special-report-police-revisit-the-grim-mystery-of-elm-guest-house-8420435.html?printService=print
Posted by Act Now at 12:02