The British Police are a rouge 0rganisation acting as Political Police and working against the Security of the Nation and the people who pay them.  The Guardian reveals today that the Police steal the ID of dead children.

The police and their allies in the Crown Prosecution Services   together with Corrupt barristers can prosecute and jail anyone who opposes them,  but they can prevent  the prosecution of their friends like Paedophiles  Sir Jimmy Savile and Sir Cyril Smith.

Following on from the Mark Kennedy Scandal where the Police and the CPS and Barrister Felicity Gerry withheld evidence to wrongly convict Environmental Activists.  By covering-up the fact that their chief witness Mark Stone was in fact Mark Kennedy an undercover police officer   using false ID to give false evidence in Court.

It is now revealed that the police regularly use False ID and have False Credit Cards by stealing the Identities of dead children. 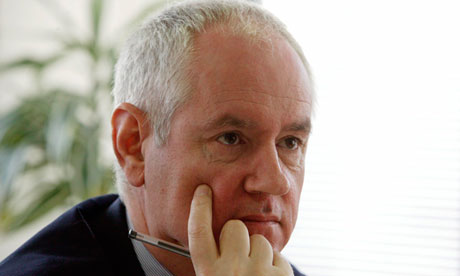 Lord Macdonald said the police appeared to have 'lost their moral compass' and suggested units had 'gone rogue'. Photograph: Frank Baron for the Guardian
Lord Macdonald, the former director of public prosecutions, has called for a public inquiry into undercover policing following the Guardian's revelations about officers who stole dead children's identities and formed sexual relationships with members of anti-capitalist and environmental protest groups.

Macdonald said the police appeared to have "completely lost their moral compass", suggested some units had "gone rogue" and said the "drip, drip, drip" of "seedy and corrosive" stories threatened to undermine public confidence. An inquiry was needed to ensure such tactics were still not being used.
Macdonald's intervention came after the Guardian reported how the Metropolitan police's now-disbanded special demonstrations squad stole the identities of an estimated 80 children who had died and issued fake passports over three decades. The paper has previously exposed how some undercover officers formed long-term sexual relationships to help win the trust of groups they were infiltrating.
The Lib Dem peer, now warden of Wadham College, Oxford, told BBC Radio 4's Today programme: "How are you supposed to maintain a level of fair and objective evidence-gathering if you are having sex with the person you are targeting, fathering a baby and then abandoning it, using a dead child's identity?" he asked.

"We don't know quite how these units were operating in days gone by. It looks as though they've effectively gone rogue. I am not at all clear how high up in Scotland Yard these sorts of operations were being organised."

Macdonald added: "What we really need is a public inquiry into undercover policing which takes evidence, takes advice, sets out some guidelines, sets out some mechanisms so we can be confident these sorts of procedures are not being followed today.

"We need to know how we got there, where we are now and we need to be reassured that this sort of behaviour won't occur in the future and I think an inquiry is really the only way to achieve that.
"I do think the government will think seriously about this because these sorts of stories seem to be endless," said Macdonald.

"It is drip, drip, drip, it is corrosive, it is seedy and I think we really need to find ourselves in a position where we can reassure the public that this sort of behaviour is not going to carry on."

Macdonald also said that the police initially seemed to suggest that undercover officers getting sexually involved with targets "could no longer happen", but now there appeared to have been a "subtle shift in which it is being suggested that it could be appropriate in some circumstances".

Peter Bleksley, a former undercover officer for a different unit investigating serious crime, told the programme: "I cannot for the life of me comprehend why anyone would want to adopt an identity, rather than create one."  source http://www.guardian.co.uk/uk/2013/feb/04/police-spies-scandal-public-inquiry

MORE ON THE  ACTIVIST SET UP BY THE POLICE, CPS AND FELICITY GERRY