Child abuse researcher, Max Spiers, who was mysteriously found dead on a couch in Poland, had been investigating an occult paedophile ring in the US military which was revealed in a video days before his strange death. Max Spiers, who was just 39, traveled to Poland to give "talks" on his research but was found dead in the flat he was staying in.

The case against Mr Hambright was also subsequently dropped after a judge ruled the allegations were too vague.The report detailed how before the abuse was exposed, parents had noticed changes in their children, including vaginal discharge, genital soreness, rashes, fear of the dark, sleep disturbances, nightmares, sexually provocative language, and sexually inappropriate behaviour.In the video of the interview recorded four days before Mr Spiers was found dead, he said he had feelings about bad things that had gone on at Presido.He also spoke of having details on a number of underground tunnels connecting "pre schools, kindergartens, and churches" in San Francisco, which were linked to the Presido scandal.Mr Spiers also gave theories about Michael Acquino during the interview.The interviewer asked Mr Spiers if he was scared to be talking about these subjects. He replied he was because he was exposing it.

But, during the one hour sixteen minute-long interview,  Max  discussed a range of theories.These included a deep underground water base between Dover and Calais being a secret base for "reptilian creatures that have infiltrated the global elite”.Mrs Bates believes her son may have been killed as part of a government cover-up after an autopsy of his body failed to be performed.

After waiting for the results of a post-mortem only to find that Polish authorities failed to perform one, Mrs Bates now believes her son was killed by Government agents.She said: "Max was a very fit man who was in good health and yet he apparently just died suddenly on a sofa."He was making a name for himself in the world of conspiracy theorists."But I think Max had been digging in some dark places and I fear that somebody wanted him dead."She added: "[Polish authorities] are also refusing to release any paperwork about it to me because, absurdly, I don't have his written permission."All I have is a death certificate from the Polish authorities that it was from natural causes."

Mrs Bates arranged for Mr Spier’s body to be flown back to Britain where an autopsy was carried out, but two months later she is still waiting for the results.She said: "Apparently, he had not suffered any obvious physical injuries. He could have been slowly poisoned – which is why the results of toxicology tests from his post-mortem are so important."Mr Spier’s online followers are also convinced he might have been killed for getting "too close to the truth".A blogger for the website Project Camelot wrote: "The entire circumstances are suspicious and I urge everyone to encourage the release of details about what really happened and call for an autopsy."A spokesman for the North East Kent coroner's office said they were in "very early" stages of investigation.

CIA the Elite 1% their sex slave and drug business 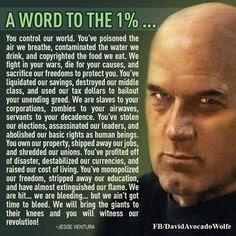 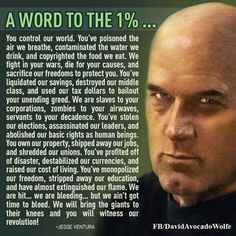