Deprived boys beaten and sexually abused for decades by State Establishments. We hear the same story over and over again.

Throughout the 60's 70's and 80's Britain's children  were branded as criminals or delinquents often for minor offences or no offence at all  and  were brutally jailed by Courts. The Courts sent  children  to places of correction or care where they were beaten,  sexually abused and exploited  by real criminals. Few of these criminals  have been brought to justice, most were protected by State agencies.

Then followed decades of cover-up which is still ongoing to  protect the abusers and exploiters.

Now that the truth is beginning to surface do we hear from the Judges,  police and the CPS who were responsible for sending children to be horrifically abused?   Do we hear them offer to help in an investigation to find out why this was allowed to happen?  Do we Hell!   They are silent because they knew. 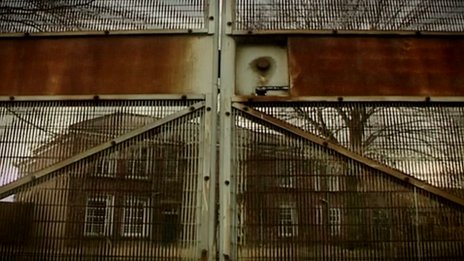 Boys at a detention centre asked other inmates to break their legs in order to be moved elsewhere and escape being abused by staff, a former detainee has claimed.
Police reopened a 10-year-old investigation into abuse at a former County Durham detention centre last year when a former inmate said he was also abused. Since then the force said it has been contacted by more than 100 alleged victims.
Men who alleged that as boys they were the victims of sexual and physical abuse at the County Durham detention centre in the 1970s and 1980s have spoken of their memories.
"Some of the boys would lay at the bottom of the stairs and ask another boy to jump off the stairs on to their legs so they could break a leg and be removed from Medomsley Detention Centre in order to not be subjected to any more beatings," an alleged victim, who did not wish to be named, said. 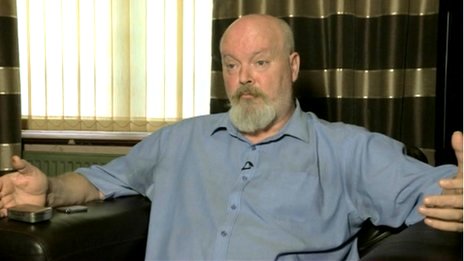 Ray Poar said he was made to "bunny hop to the showers naked"
Following the original investigation, Neville Husband, who worked at the detention centre as a prison officer, was jailed for 12 years in 2003, and Leslie Johnson, a store man, was sentenced to six years in 2005.
Both men have since died.
Since the investigation was reopened in August, Durham Police has received statements from 143 alleged victims of abuse.
Many of those sent to Medomsley were first-time offenders often detained for relatively minor offences.
Ray Poar was 17 when he was sent there for stealing biscuits from a factory and has waived his right to anonymity.
He said: "It's always in my head, the shame, it's ruined my life, it's completely ruined it."
'Kicking us about'

On one occasion Mr Poar remembered being woken up after wetting his bed and being forced to bunny hop naked to the showers.
He said: "When I couldn't make it to the showers I was kicked. 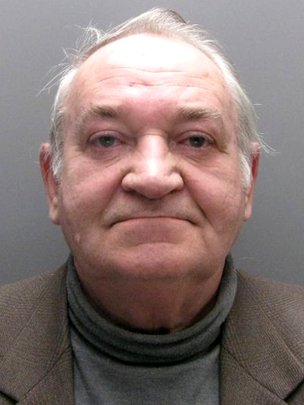 Neville Husband was jailed for 12 years in 2003 and later died
"We knew we couldn't turn around to them and complain to them about what had happened with Husband because they were part of it, they were the ones that were kicking us about every day.
"The odd punch in the arm, the ribs, the back of the knees, every day they were doing it. You had nobody to talk to."
In 2003, Newcastle Crown Court heard Husband used his position of authority at the centre to systematically abuse his victims from 1974 to 1984. He was jailed after being found guilty of 10 counts of indecent assault and one of a serious sexual offence after police said almost two dozen victims came forward.
One man who wished to remain anonymous said some of the worst violence he suffered was from fellow inmates but he alleges it was orchestrated by prison staff.
He said: "They were telling you that you were worthless, that's why you were in there, you were no good, nobody wanted you.
"I was in the dorm, I felt being kicked and punched and slapped. When I've tried to look up, because I was in bed, I saw a prison officer at the door smiling.
'I apologise'

"Then I realised he's put them up to this and I just curled up into a ball and took what they threw at us. I thought tonight it's my turn, it will be somebody else's tomorrow."
About 70 Durham Police detectives are working on the inquiry.
Det Supt Paul Goundry described the reports as "horrific" and those who were sent there were faced with "what was effectively a brutal regime".
"If you ended up in the kitchens you would almost certainly be raped and sexually assaulted," he said. 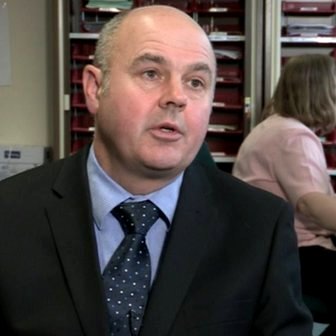 Det Supt Paul Goundry described the reports as "horrific"
Mr Goundry said the three key strands of the inquiry were finding out what happened at Medomsley over 20 years, to hold people to account if they were still alive and support any victims.
Tim Newell, who was the governor at Medomsley between 1978-1981, wrote reports about Husband including that he provided "an outstanding contribution to the running of the establishment".
However, in January, Mr Newell said in a statement he wrote the report about Husband because "he was an outstanding catering officer" and did not have a strong relationship with Husband.
Mr Newell said: "If I had any suspicions about sexual abuse or abuse of any kind I would have taken action. If staff knew about the abuse taking place I am very concerned they let the abuse continue."
Sir Martin Narey was director general of the prison service when Husband's crimes came to light.
He said: "Without reservation I apologise to people at Medomsley who were harmed by Neville Husband. We should have stopped him much earlier."
Durham Police asked anybody with information to come forward.
For advice and support call BBC Action Line on 08000 566 065. Lines are open 24 hours a day and all calls are confidential. Calls are free from most landlines. Some networks and mobile operators will charge for these calls.
See the full story on BBC One's Inside Out in the North East on Monday 27 January at 19:30 GMT.
Posted by Act Now at 10:27 No comments: