WHEN WILL POLICE ARREST A CONSERVATIVE MP FOR CHILD ABUSE


The Police arrest and the Crown Prosecution Service pursue senior Labour and Liberal Democrats over  trifles,  but despite allegations of systematic  child rape made against  senior Torys, Police  and Judges  none have been arrested or questioned.  Is this because they are guilty and can implicate the Police  and the Judiciary in the cover-up ?   Are they immune from arrest and prosecution?

Similarly allegations of child rape against Jimmy Savile and Peter Morrrison MP for Chester  and Cyril Smith MP were not pursued by the Police.  Neither Savile or Morrison or Smith were arrested over the allegations, the Crown Prosecution Service did not prosecute. Only after their death are their names linked to the VIP  Paedophile Ring.

Are the Police and the Crown Prosecution Service reluctant to Prosecute MP's and Ministers  because it is against the National Interest. Or is this reluctance only extended to MP's and Minsters engaged in serious criminal activities?

Using a law not used in over 100 years which had become obsolete, John Larkin, Attorney General for Northern Ireland, granted leave to prosecute both Mr Hain and Biteback Publishing claiming a passage in the book "undermines the administration of justice". 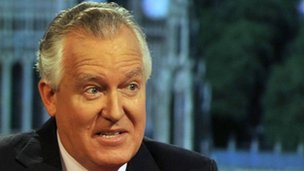 Former Labour Cabinet minister Peter Hain is now facing contempt of court proceedings for criticisms he made of a judge in his memoir.  The Obsolete law forbid criticism of judges.
The ex-Northern Ireland secretary said he would defend free speech.


Police arrested Lib Dem Cabinet Minister Chris Huhne and his ex wife   for perverting the course of justice, over claims his wife accepted speeding penalty points on his behalf a decade ago.  He had chosen to admit guilt for a lesser sentence.  But really  is a speeding ticket worth all this fus. 10 years ago no-one would be arrested over a speeding ticket let alone charged.


WITNESS IN HUHNE CASE  JUDGE CONSTANCE ARRESTED OVER WHAT!

A prominent barrister and recorder  Britain's Top Black Woman Judge, was suspended from the judiciary after she was arrested at her home.

The reason for Constance Briscoe's arrest is shrouded in mystery. All that is known is that the part-time judge (and criminal barrister of 9-12 Bellyard) was arrested and questioned before being released on bail. Kent police have declined to confirm any details and will only say: "A 55-year-old woman was arrested on Saturday in Clapham, south London, interviewed by officers and bailed pending further inquiries".

But this week the Lord Chief Justice and the Lord Chancellor suspended Briscoe from the judiciary "pending the outcome of the police investigation into the allegations against her".
Briscoe is reported to have given evidence to the police in relation to the upcoming trial of politician Chris Huhne and his ex-wife Vicky Pryce, both accused of perverting the course of justice over a speeding offence
Comment:  One very likable Lib Dem and his emotional former wife plus Britains Top Black Lady Judge are having their lives ruined over- wait for it- A SPEEDING TICKET
Cost to the tax payer estimate £800,000
TORY DEREK LAUD  ACCUSED OF RAPING AND TORTURING CHILDREN NOT ARRESTED

Police have failed yet again to arrest or question  Camerons friend Derek Laud over these serious allegation.

In fact these allegations were made over 20 years ago and Derek Laud has never been questioned.


Comment: The  Prime Minister and The Home Secretary order inquiries  into the systematic rape and sexual abuse of children but no-one arrests those  accused.  Is it because they are guilty?


"During the live interview, the presenter handed the PM a card with a list of names on it, saying that they were people Mr Cameron knew and asking whether he would be talking to them.
Mr Cameron, who did not look at the names, replied with a warning: "There is a danger, if we're not careful, that this could turn into a sort of witch-hunt, particularly against people who are gay and I'm worried about the sort of thing you are doing right now - giving me a list of names that you've taken off the Internet."

The witch hunt started years ago and it is to silence anyone who might expose the VIP Paedophiles Ring.  Only  that is  a witch-hunt David Cameron knows about  and supports.