Lord Alistair McAlpine is set to make of fortune from Steven Messhams misfortune.  McAlpines  lawyers are preparing writs to go after anyone who may have libelled him  even though  they did not mention his name.  Lets hope not everyone will buckle under and pay the very wealthy McAlpine  even more money for not exposing his cousin as a man who abused Steven  Messham and other children  25+ years ago. If that is the current truth as McAlpine sees it.


It was brave of  ITV and  Philip Scofield to hand Cameron a list of High Profile Tory abusers of children.  Even if  one of the names on the list, only one name, was wrong this did not mean Scofield was wrong  to hand Cameron a  list of suspected paedophiles. Nor does it mean the other  names on the list of paedophiles should not be questioned or serious crimes  investigated. The fact is that the North Wales Police had identified one abuser to Steven Messham as Lord Alistair McAlpine  and so Steven   had been confident to name Lord  McAlpine because of this. If the Police were confident enough to name Lord McAlpine why  should Steven should be suffering now for their alleged mistake.  Have the North Wales Police appologised to Lord McAlpine. Errr No!
If in fact the truth is not more ominous than a case of mistaken identity.
Lord McAlpine believes   it was his  Cousin Jimmy McAlpine who had preyed on children in North Wales for 40 years.  Just when did Lord Alistair McAlpine became aware of this fact well  McAlpine does not say. 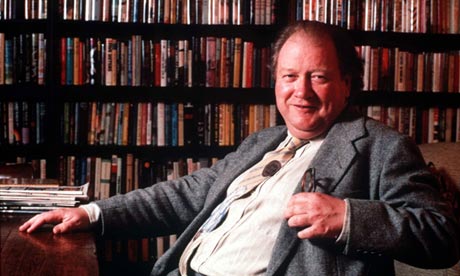 LORD ALISTAIR MCALPINE RISING STAR OF THE COVER-UP SQUAD
Lord Alpine now seeks redress for his injured feelings and will probably get a big Pay-out from the media, and the from the  BBC that is  a payout from the Licence payers of the UK.
In Fact Steven Messham and all the abused children will probably help pay through their TV licences   the odd 3-10 million in damages to Lord McAlpine so he can feel better about not revealing 40 years ago  that his cousin was a rampant paedophile.
Those who have for years been involved in the cover-up like Lord McAlpine and Cameron and Thatcher and Tory Central Office are crowing loudly about a witch hunt.   Yes it is  a witch hunt against  the victims like Messham and the Good Politicians like Tom Watson.  Yes it is Steven Messham, the abused child, who is being ruthlessly  hounded by the Mail  for being as honest as he can be and apologising for being told by the Police it was Lord McAlpine.
The real story is  about the terrible and systematic abuse of Children by senior Tory’s. If Lord McAlpine is telling the truth then he can let us know he will donate any money he makes from libel  damages, probably an out of court settlement , to  the charity for the North Wales Abuse Victims.  If of course he is just on the make he will  laugh all the way to bank.
Posted by Act Now at 10:56