Steven Messham Brakes his silence and talks to BBC Wales

Steven Messham brakes his silence and talks to BBC Wales  see video from this link.
http://www.bbc.co.uk/news/uk-wales-20314104 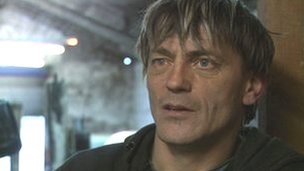 Andrew Teague, who was abused at the Bryn Estyn care home, says there needed to be closure

Mr Meesham told Week In Week Out: "People have got to realise it's a genuine error on my part.
"The real issue here is abuse that went on and about getting justice, and getting justice not just for me but for everybody and for the ones who sadly committed suicide.
He says: "What I would say to people is come forward, speak out - you will be listened to, we've now got the National Crime Agency investigating, please come forward please speak to them."
'Painful memories' Two new inquiries have begun into historical allegations of abuse.
One will look at the way North Wales Police handled their investigations. Another will examine whether the remit of the Waterhouse Inquiry into the north Wales child abuse scandal was wide enough. 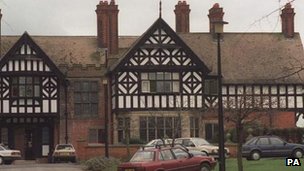 The child abuse allegations date back to the 1970s and 80s
Other victims say while they welcome the renewed interest in the story, it has brought back painful memories.
Andrew Teague from Swansea was one of those sexually abused while at the Bryn Estyn care home near Wrexham in the late 1970s.
His abusers were jailed for offences against other children.
He told the programme: "I don't think it's like a light switch that you can press the switch and then it's gone, I don't think you can - ever.
"It's always something that will come up, I've tried to get it off, when I think about it. The nightmares I have had in the past over it, and everybody else.
"We want to close this and end the story. If there's all these people involved in it then find them, sort it out and then close the book. Give everybody else closure as well."