Andrea Davison  has published  her Statement to the Macur Review  in which says  the same thing.

"1.13        Inquiries can expose wrongdoing or close down all investigation into the wrongdoing by presenting the fiction that a full investigation has taken place and either the issue has been fully addressed and nothing outside of those matters discovered exists."

Read the whole  Statement here  and make a donation to Andrea's Defence Fund if you can spare £5 for the truth.   Link http://macurstatement.blogspot.co.uk/

These investigations only help politicians. We need a national police operation 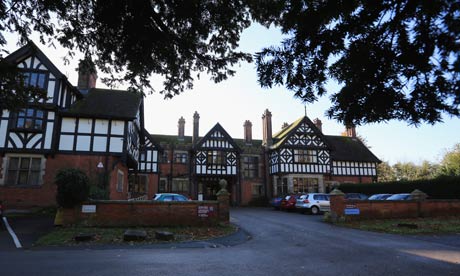 The former Bryn Estyn children's home in Wrexham, Wales, which closed after abuse was uncovered in the 1970s and 80s. Photograph: Christopher Furlong/Getty Images
As an investigative journalist, I have for over 20 years exposed paedophiles preying on children in care in, among other sorry places, Islington, Essex, Hackney, Jersey, north Wales and Romania. My work has generated numerous inquiries. Every one essentially confirmed what I, brave whistleblowers and abuse survivors revealed. But did they bring child abusers to justice? Not at all.
Inquiries are mostly the establishment's way of managing dissent and pretending something is being done. I did not rejoice when David Cameron announced there would be an inquiry into allegations that children in the north Wales homes scandal were abused not just by staff but also by politicians, police and businessmen; or when Theresa May appointed the chief of the National Crime Agency to investigate how north Wales police handled allegations of child abuse in the 70s and 80s. Those allegations have been known for decades. We don't need another inquiry but a proper, long overdue police investigation.

The horrors of the Jimmy Savile scandal have at last made the unimaginable imaginable. Allegations that children abused in care homes and schools across Britain have sometimes also been abused by powerful outsiders are not new. But not one of the resulting inquiries has had the power, remit, skills or resources to investigate properly. How could they? The paedophile rings preying on children in care are a form of organised crime. Only an expert national taskforce, staffed by detectives and senior social workers with track records in collaring paedophiles, have the faintest chance of cracking them.
These rings all join up. An investigator may start by looking at a home in north Wales but soon will be looking at a linked home in north London or Devon. The paedophiles protect each other and swap children, references, cover stories, venues and customers. Yet no one ever joins up the dots and says it is time we investigated them nationally.

Worse, most inquiries depend almost exclusively upon the testimony of abuse survivors. Children who go into care have often suffered cruel or tragic family lives, poor education and then horrific abuse in the system supposed to protect them. Many later survive through prostitution and petty crime, serve time in mental hospitals or jail and become addicted to drugs and alcohol. They are easily attacked as poor and unreliable witnesses. It is obscene to make them relive childhood tortures yet again unless other evidence is looked at too.

Many survivors or those supporting them have tried to point police towards the people and places used to prostitute children. They have identified child brothels, transportation routes, hotels and bars, fixers, providers of false documents and outlets for the lucrative trade in images of child abuse. Almost none of this evidence has ever been acted upon.

The child protection whistleblower who contacted the MP Tom Watson last month did so because he was once in a team of just the kind needed now. I was first in contact with his team and wrote about it 19 years ago, before it was abruptly closed down by orders from on high. It was a brilliant prototype, a joint police/social services investigation into the ring around childcare guru Peter Righton. It produced establishment names and revealed an alleged linked cover-up by Labour – let us never forget paedophilia is a cross-party crime – and was shut down as a result. Not one of the implicated men was prosecuted.

So, how much does Britain care for its children? If we get another inquiry stuffed with do-gooders with no real powers, we will know. We don't need more hand-wringing and a report published years later; we need to kick down a few doors and rescue some children.
Eileen Fairweather is a freelance journalist covering child protection issues