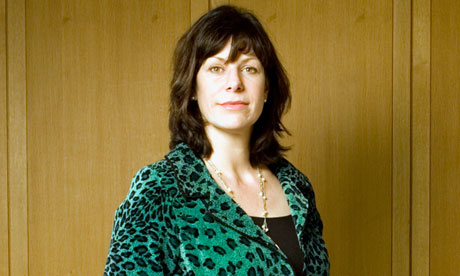 Claire Perry, the Conservative MP for Devizes, is special adviser to David Cameron on children and pornography. Photograph: Richard Saker
Google has announced that it will hand out £3m in grants to protection schemes for children after coming under pressure to act against the growing tide of child abuse images online.
The net giant has acted ahead of this week's Westminster summit chaired by culture secretary Maria Miller and organised by Conservative MP Claire Perry, special adviser to David Cameron on children and pornography.
It is expected that the meeting on Tuesday will result in a new "zero tolerance" approach to freely available material on the web and smartphones. There may also be demands for more funds from internet service providers to tackle child abuse images and for a ramping up of policing, including taking down illegal sites, and action to bar children from accessing pornography with the use of simpler one-stop filtering devices in the home.
Until now, web companies had been reluctant to do anything that inhibits an internet user finding anything they want online, and would only block access to websites on a list provided by the Internet Watch Foundation (IWF).
It is among those to benefit from the Google donation, with £1m to expand its team searching for indecent and illegal images.
The company will give £600,000 to the National Centre for Missing and Exploited Children, based in Virginia, US, and to similar organisations in Brussels, Canada, Australia, and Latin America. It has also announced a £1m Child Protection Technology Fund for new tools or ideas to tackle the issue.
John Carr, of the UK Children's Charities' Coalition on Internet Safety, welcomed the announcement: "Google have stepped up. No one can argue about that. This is an important moment. It should focus the minds of other industry leaders in relation to how they are going to join the fight." He added that a system to authenticate the age of internet users was now "essential".
Susie Hargreaves, chief executive of IWF, said she was encouraged by the donation. She said that on average, IWF was finding one new child a week who was being used in abuse images.
"We know that the best way to tackle what is some of the most horrific content online is by working with others from all over the world to combat this on a global platform. These funds, made available internationally, will no doubt allow international experts to target images and videos of children being sexually abused with the best technology based on the most technically progressive ideas.
"I'm excited by what this means for online users and of course victims of child sexual abuse who have not only suffered at the hands of a criminal, but had the recordings of their abuse scattered across the internet."
At a public meeting at Westminster on Friday, Claire Perry MP told the Observer she wants the internet industry, including Apple, to offer expertise.
She backs a household-wide filter "for time-poor, pressured parents" to cover all devices used in the home.
On Friday BT introduced a flash screen to explicitly warn people when they were attempting to access illegal images, and urged other ISPs to follow suit.
Andy Baker, deputy chief executive of the Child Exploitation and Online Protection Centre, the national agency to tackle child abuse, said that in the year to last month peer-to-peer sharing of abused child images had apparently declined from around 41,000 people to 30,000, but that most likely meant that they had migrated to "dark web" and hidden private networks where people could stream images, sometimes live, of acts of child abuse.
The issue has been thrown into the spotlight by recent cases of offenders such as Mark Bridger, who was convicted of killing April Jones. He had accessed violent porn before carrying out acts of abuse and murder.
The video-on-demand regulator, ATVOD, is in discussions with the UK Cards Association, representing bank credit cards, to block payments worth around £180m a year to offshore suppliers of child abuse imagery.
Chief executive Peter Johnson said they were able to use the Obscene Publications Act because the businesses often advertised their wares with freely available snippets, which children can access. He is hoping such operators will decide to write off the UK market.
Diane Abbott, Labour MP and shadow minister for public health, said: "Porn is the biggest driver of traffic to Google. You cannot allow the industry to drive the pace of change. So much money is riding on what happens."
She said the issue ranged far wider than a pure focus on illegal content, and was about restricting impressionable children's access to hard core images.
"I am of a generation that thought free sex, free love, was a form of liberation, but it seems to me what is happening online is increasing the sexualisation and pornification of our society. We have moved from liberation to imprisonment."
Scott Rubin, communications director at Google, said: "We have a zero tolerance attitude to child sexual abuse imagery online.
"The fight to remove these images from the internet is a global one, and we hope these measures will help in that important battle."
Posted by Act Now at 16:46