Julian Assange is supporting brave whistle-blower Edward Snowden.  Once again South America is stepping in the support freedom and liberty whilst Europe and the US and the UK persecute ruthlessly anyone who would expose state  corruption 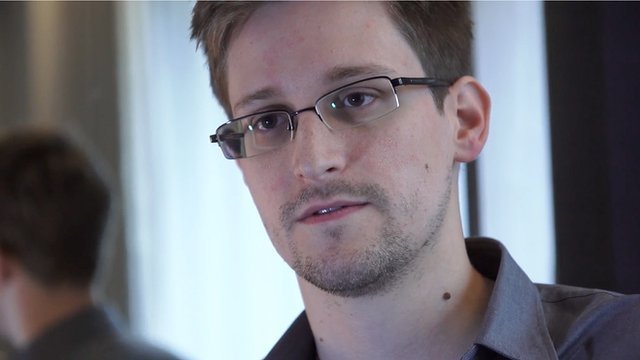 read  more below US spy leaks

The presidents of both Nicaragua and Venezuela have indicated their countries could offer political asylum to US Whistle-blower  Edward Snowden.
Venezuela's Nicolas Maduro said it would give asylum to the intelligence leaker, who is believed to be holed up in a transit area of Moscow airport. Moscow Airport has a Government owned  airport Hotel close by for transit passangers.   Nicolas Maduro said that  Snowdon was a young man  persecuted  because he  spoke the truth.
Meanwhile Nicaraguan President Daniel Ortega said his country would do so "if circumstances permit".
Wikileaks said Mr Snowden had applied to six additional countries on Friday.
The whistleblowing website said it would not name the countries "due to attempted US interference".
Mr Snowden has reprtedly  asked 21 countries for asylum, most of whom fearfully have turned down his request.
Once a country accepts the American's application, getting there could prove difficult, the BBC's Steven Rosenberg, in Moscow, reports.
European airspace could be closed to any aircraft suspected of carrying the fugitive, our correspondent says.  Proving the lengths corrupt governments go to bury whistle-blowers.

Earlier this week, several European countries reportedly refused to allow the Bolivian president's jet to cross their airspace on its way back from Moscow - apparently because of suspicions that Edward Snowden was on board.

Supporting Snowden and the right to asylum Venezuela's President Maduro made his announcement in a speech on Venezuela's Independence Day.
"As head of state and government of the Bolivarian Republic of Venezuela I have decided to offer humanitarian asylum to the young US citizen Edward Snowden so he can come to the fatherland of Bolivar and Chavez to live away from the imperial North American persecution," President Maduro said.

The US wants to prosecute Mr Snowden over the leaking of thousands of classified intelligence documents.

Earlier Mr Ortega said Nicaragua had received an application at its embassy in Moscow.
"We are open, respectful of the right to asylum, and it is clear that if circumstances permit it, we would receive Snowden with pleasure and give him asylum here in Nicaragua," Agence France-Presse quoted the Nicaraguan president as saying. 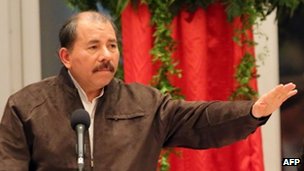 President Ortega said the asylum application was received in Moscow.

Daniel Ortega was a fierce opponent of the US during his first period as Nicaragua's president in the 1980s, after the left-wing Sandinista movement came to power.
Bolivia, which had also suggested it might offer Mr Snowden asylum, saw its presidential plane barred from European airspace on Tuesday.
There was speculation the 30-year-old was on the plane carrying President Evo Morales back from Russia to La Paz earlier this week.
"Edward Snowden has applied to another six countries for asylum," tweeted Wikileaks, which has been helping the former CIA contractor.
"They will not be named at this time due to attempted US interference."
The US has been blamed for being behind the decision by France, Portugal, Italy and Spain to close its airspace to Bolivia's president, whose plane was grounded in Austria for 13 hours as a result.
Earlier on Friday, Spain's foreign minister Jose Manuel Garcia-Margallo admitted he and the other European countries had been told that Mr Snowden was on board - but refused to say who gave out the disinformation.
He denied Spain had closed its airspace to the presidential plane, explaining that the delay in Austria meant the flight permit had expired and needed to be renewed.
His comment is the first official recognition by the European states that the incident with Mr Morales' plane was connected with the Snowden affair.
It has been widely condemned by President Morales and several other South American nations, who were critical of the US.
Mr Snowden arrived in the Moscow airport from Hong Kong last month.
He revealed himself to be responsible for the leaking of classified US intelligence documents that revealed a vast surveillance programme of phone and web data.
The documents have also led to allegations that both the UK and French intelligence agencies run similarly vast data collection operations, and the US has been eavesdropping on official EU communications.   And  so the Secret and not so secret global  war  contnues.
Posted by Act Now at 05:28