One rule for the rich  and Parliamentarians  and another rule for  the poor and  anyone who  dares to investigate the Police, the Judges and the politicians. 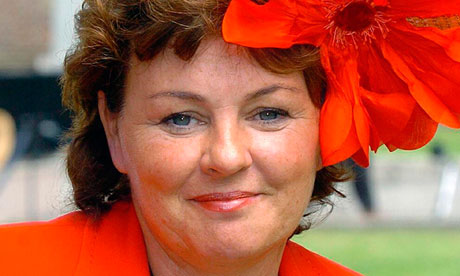 Margaret Moran Former Labour MP was  found unfit to plead after stealing £53,000 of tax payers money.  She claims to be mentally ill so she was told she did not need to attend Court and would not be given a criminal conviction. She can even keep the £53, 000 according to the judge and she has made no effort to repay the money.


Mr Justice Saunders said he was obliged to act on the evidence of psychiatrists as he handed down a two-year supervision and treatment order.

Andrea Davison  ex  abused child  who  despite her  background rose to become a well known child abuse and arms investigator.    what happened to her?    Well Andrea  really does have  a serious  physical illness which severely effects the mind and body  but she was told she could not be excused trial even though no-one had lost any money at all.     Andrea who the Judge Niclas Parry  admitted had  caused loss to  no-one was   given two and a half years in prison and will loose everything she worked for over 45years.   read more CHILD ABUSE INVESTIGATOR EX SPY ANDREA DAVISON  WA... http://google-law.blogspot.com/2012/11/child-abuse-investigator-andrea-davison.html?spref=tw

Andrea Davison was at the forefront of exposing the Child Abuse in North Wales and went to the Waterhouse  Inquiry where she helped the victims who gave evidence.

Judge  Niclos Parry, then a solicitor was paid to  attended the Waterthouse inquiry where he represented one of the accused paedophiles.  This was where Andrea first met  Judge Nicholas Parry.


Judge Nic Parry  was also  a former sport presenter working for the BBC and S4C who knew Jimmy Savile and mixed with the show buisness crowd.

So  what did Judge Parry do faced with his old enemy who had exposed child abuse in North Wales  he  dismissed Andrea's  serious mental and physical symptoms caused by thyroid damage  and  jailed for years even though not one penny had been lost.

Judge Niclas Parry who  attended the Waterhouse Inquiry  was deeply involved in following the child abuse Andrea exposed because he represented  one of the accused. Paedophiles do not go to solicitors they do not trust.

BBC reports:  Nick Parry, who represents one of the accused, said: "Our concern at the start of this major inquiry is that perhaps public opinion has swayed the balance far too greatly in favour of those who make allegations of abuse and the understandable anxiety to look after their needs and care may outweigh justice." read more http://news.bbc.co.uk/onthisday/hi/dates/stories/january/21/newsid_2506000/2506835.stm

So Judge Parry knew  a great deal about the child abuse in North Wales he also Knew that Andrea had been an abused child and had been sent to the now infamouse Duncroft Approved School.  Isn't this all a bit suspicious that he gave her such a lengthy sentence?

The Injustice just grows, and grows  British  Courts have nothing to do with justice.

Disgraced former Labour MP Margaret Moran has been spared jail for fiddling expenses to receive more than £53,000 from the taxpayer.
Moran, 57, who represented Luton South for 13 years, claimed nearly her entire annual allowance in one bogus expense entry and forged invoices for more than £20,000 for non-existent goods and services.
The MP's claims were the largest amount uncovered in the wake of the MPs' expenses scandal, but she does not receive a criminal conviction after a judge ruled she was unfit to stand trial for mental health reasons.
She was sentenced today at Southwark Crown Court to a two year supervision and treatment order after her lawyers told the court she is so mentally ill she cannot leave home without being restrained.

However, only last month, she was photographed popping out to the pub without any apparent need for restraints.