Finally after  disappearing all evidence  for over 50 years,   someone has  decided Sir Edward Heath  (former prime  minster of the UK)   is safely dead and buried long enough to admit the truth.  Sir Edward Heath PM was a dangerous criminal pedophile who arranged  the murder of many vulnerable children.

So long after the events and with the knowledge murdered children do not make complaints the Police are  now appealing for anyone with information about the late Prime Minister  which could be relevant to allegations of  child abuse.   We advise anyone  who has information to first give it to  someone like Exaro first.

One person in the 90's reportedly had charges dropped when they threatened to name  Ted Heath. The  Independent Police Complaints Commission  (IPCC) is charged with investigating "whether Wiltshire police shelved a criminal inquiry after a suspect in another case threatened to expose the former Conservative premier as a paedophile."  Well of course they did -everyone knows that. Well probably everyone  but the pedophile cover-up section of the IPCC

The Wiltshire Police, who have had serial memory lapses over  30 years   are now given the task  of re investigating  what they do not want to and did not investigate.  Result they will fine Zero about well know pedophiles  and murderer the former Prime Minister of Great Britain Sir Edward Heath.

The Daily Mirror report the person at the centre of the allegations as a 'madam' who "told detectives she would stand up in court and reveal lurid details of the Tory politician’s perverted sex life if she was ever charged with any offence."


Fated and protected during his life like all his fellow serial pedophiles he was knighted by the Queen. The monster of Jersey died in 2005, aged 89,

We will have a little more faith in the Government when it cancels the knighthoods of these evil pedophiles  and sets up a task force to  investigate and prosecute  Police, CPS and  all those in government offices who covered these terrible crimes up.

Oh and also please investigate the profit these VIP pedophiles made and are making from selling images  of child rape and murder.

Lets have an investigation of the Living as well as the dead pedophiles and child murderers.

People who 'blew the whistle' on Heath have been arrested, convicted and jailed by the corrupt criminal justice system in the UK.   Barrister Michael Shrimpton  who exposed Heath  is still in Jail


He was candid  about Prime  Minister Edward Heath  being a serial paedophile who took young boys onto his yacht, Morning Cloud, to be buggered and then killed. These  young  victims never  seen again  becase their poor  abused  bodies were thrown overboard.

The British and Jersey governments have covered up the atrocities on the Island of Jersey for decades.  Evidence has been destroyed, witnesses murdered and  whistle-blowers like former senator Stuart Syvret hounded and jailed.  The  guilty  are protected and go free or  escape  through deaths door. The victims and whistle-blowers are arrested, hounded  and jailed or murdered. 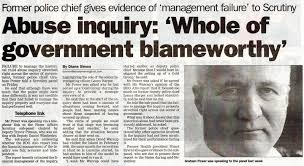